It seems HTC has all but officially decided to drop its practice of unveiling its new handset lineup at MWC this year, scheduling press events mere days before the beginning of the mobile trade show. The company has sent out invitations to events in both New York City and London on February 19th, though it has provided no indication as to exactly what will be unveiled. 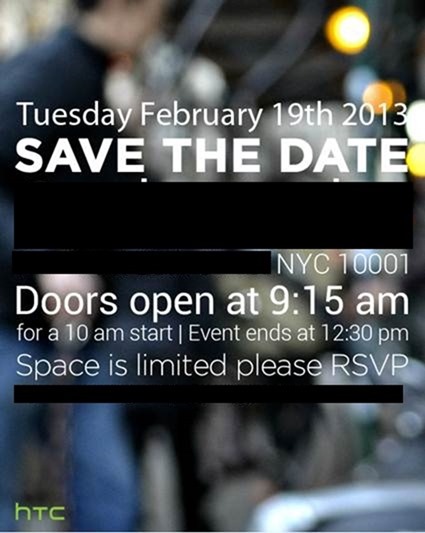 However, it seems a given at this point that we'll be seeing HTC's new flagship Android handset, codenamed M7.