Yesterday, BorrowLenses, a site that rents gear to photo and video enthusiasts, posted up a rental page for Google Glass and a matching blog post. Those interested were invited to rent Glass on April 30th. The prices started at $105 for 3 days all the way to $499 for 4 weeks. With the developer version of Glass going for $1500, this didn't sound like such a bad idea if you were just looking to see how it worked without a huge commitment. 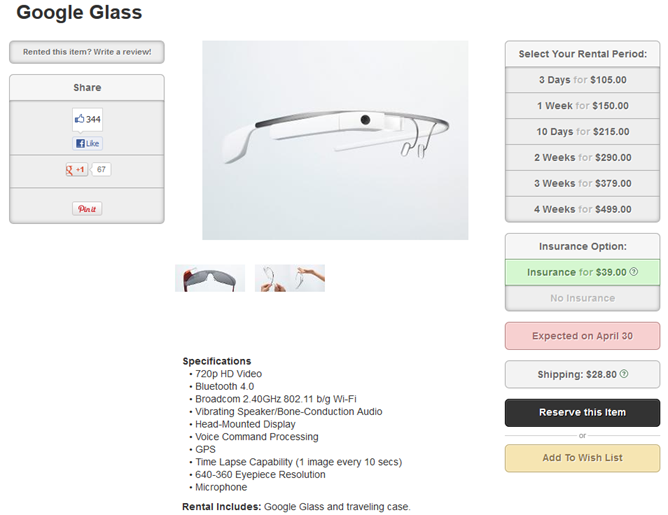 As we suspected, the whole thing was a hoax. Good one, BorrowLenses. You managed to convince quite a few sites around the web that the Glass offer was the real deal, so props for the original idea.