Some Pixel owners have noticed over the last couple of monthly updates that their phones have lost Widevine L1 status, falling to L3 and rendering them incapable of playing back some DRM-protected content at high quality. More simply, that means they can't play HD content in apps and services like Netflix. By far the majority of devices are not affected and the cause isn't immediately clear. Google tells us it's aware of these reports and working on a fix, and devices from other manufactures may also be affected. We're not sure if this is a bug or a sign of things to come, but if you've purchased a movie on Google Play Movies in HD that has a 4K version available now and you open your purchases in the YouTube app on Android TV, you might spot a 4K sign below it. However, when you start playing it, the highest resolution available is 1080p.

Our tipster spotted this 4K label in his library, and Cody was able to confirm it as well. So far it's unclear whether this is a bug or it's a sign of Google upgrading HD Play Movies purchases to 4K for free when applicable - something that Apple did when it launched 4K content on iTunes, but that Google didn't.

OnePlus' phones are a great value, but they've each individually had a few drawbacks. One negative they all had in common, though, was a DRM deficiency. None of the company's handsets supported the correct Widevine level required for HD playback in Netflix. Distress on the subject came to a head late last year, and OnePlus surprisingly announced that it would add the feature in the future. In a comment on OnePlus' forums today the company confirmed that it was now able to update handsets to support it, but the process will require that you physically send the phone back to OnePlus for the update.

Super ultra mega HD resolution support is coming to a robot-themed OS near you, but before we get into that, let's talk about Android and DPI.

Apps contain folders for each of these densities, and there are usually a full set of app images in each folder.

For those who haven't heard of Osmos, it's an ambient game that could almost be considered a classic for the Android platform. The general idea is that you are a small blob, navigating through the "Blobiverse," soaking up smaller motes, while avoiding larger, more dangerous life forms.

Last month, we saw Motorola's Droid Razr Maxx HD offered up for $99.99 on Amazon for new accounts only. If you're already a Verizon subscriber who's looking to instead upgrade to the Maxx HD, you're in luck – it looks like Amazon has extended the offer to upgrade customers as well. For reference, Amazon's price puts the phone a full $200 below Verizon's own price. 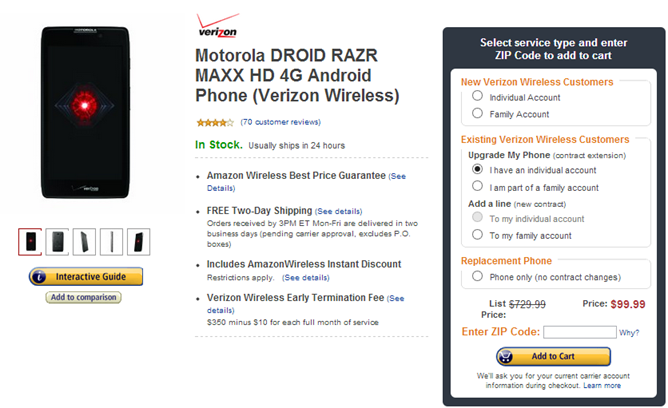