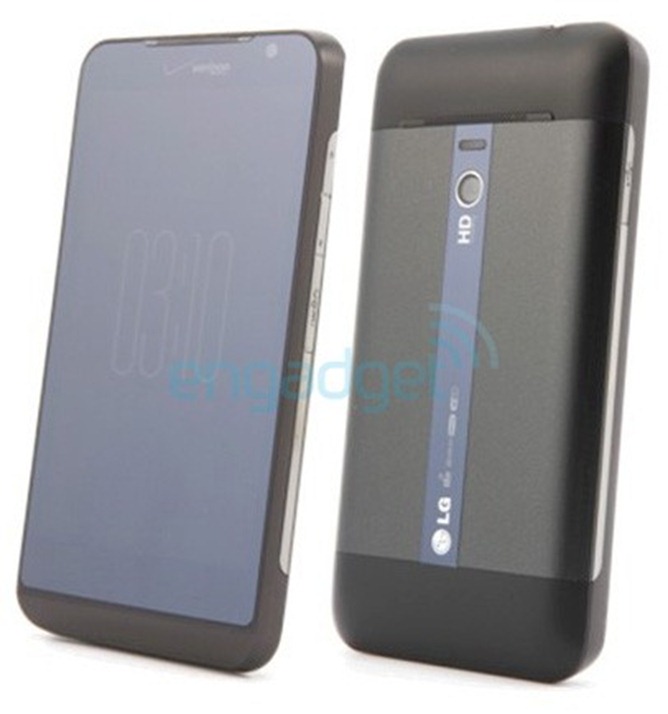 Unfortunately, Engadget's tipster didn't say much about this Verizon-bound device other than that it would be high-end, which in itself would be quite a departure from LG's other Android phone, the Ally. Luckily, there's a collection of logos awaiting us on the battery cover, including one that, thrillingly enough, represents LTE (it's right above the LG logo).