HBO shows aren't the easiest ones to get our hands on, but Amazon has snagged a deal that should make doing so easier for Prime subscribers. Starting today, customers in the US will have access to all seasons of several HBO series (such as The Sopranos, The Wire, and Flight of the Conchords) and select seasons of several others (True Blood and Boardwalk Empire, for example). HBO has also aired several mini-series over the years (Band of Brothers, John Adams, The Pacific, etc.),

HBO has a mobile app. It lets you watch shows, and it supports Chromecast. Really, that's all that matters here. There's little else it needs in the way of features that will determine whether or not users will turn to it when the opportunity comes to spend some time with HBO. The real question is - do you really want to watch all those sex scenes on the family TV?

Let's go through the checklist. 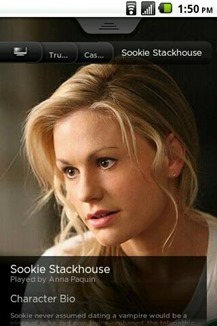 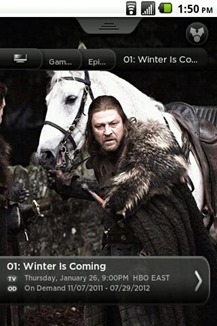 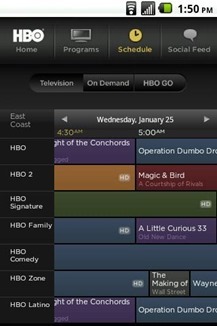 Yes, HBO fans, you can rest easy: nothing is happening to HBO Go, the cable service's streaming app that's free for subscribers.

Getting your hands (eyes?) on HBO programming isn't the easiest task in the world. The shows traditionally come served as an update to your monthly cable package, aren't available on Netflix, and are slow to come to DVD. Yet here in the US, some of the programming is conveniently available straight from Google Play. You just have to be willing, in the case of Game of Thrones, to part with $2.99 per episode or $28.99 a season.

It's been over two months since Google started releasing Android 4.3 builds, and in all that time users of the updated Nexus and Google Play edition devices haven't been able to access the HBO GO or MAX GO (Cinemax) video services. Considering that subscriptions to both channels are pricey (on top of a cable or satellite subscription, no less) that made for a lot of less-than-satisfied customers. 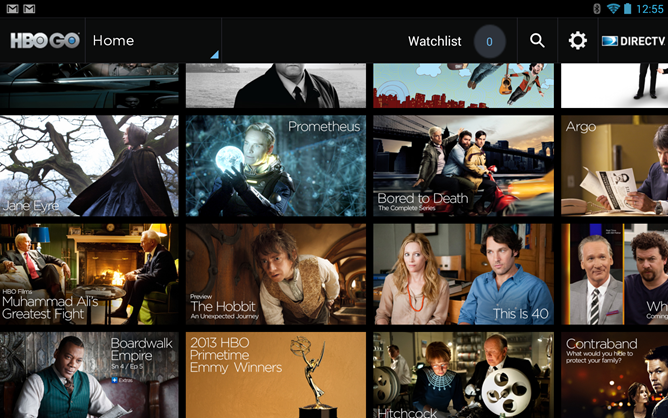 Thankfully, both apps have finally been updated to new versions: 2.2.05 for both HBO GO and MAX GO.

It's about bloody time. Starting today, some of HBO's most popular currently-running original programming is available for purchase on the Google Play Store. For starters the fantasy drama Game of Thrones (seasons one and two), urban fantasy True Blood (seasons one through five), and political drama The Newsroom (season one) are available. Episodes are $2.99 for the dramas and $1.99 for The Newsroom, with small discounts for buying a full season.

Back in April of this year, we, consumers hungry for anything that legally streams full movies and TV shows, welcomed Android's first high-caliber streaming app done right - HBO GO. With the ability to watch the goodies on the go utilizing an existing HBO subscription, the HBO GO app suddenly made train rides and treadmills a whole lot more fun. Netflix and Hulu followed, but HBO GO still occupies a special place in our hearts as the pioneer encouraging others to push the limits and not be afraid of unleashing more content on mobile.

If you're an HBO subscriber and just can't get enough TV, then I've got good news for you! HBO has just released its official watch-it-on-the-go Android App, HBO GO. Of course, you have to be an HBO customer in order to use this app, but that's the only prerequisite as far as I can tell. 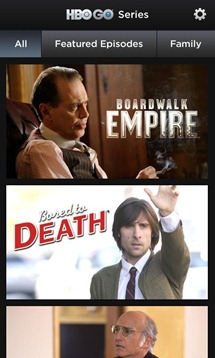 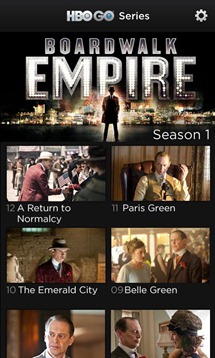 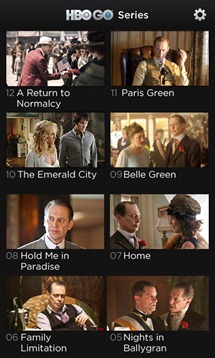 The app allows you to watch all of your favorite HBO content directly on your mobile device, including movies and HBO original content.

According to Google’s announcement today, it seems that content providers really, really like the idea of Google TV – which is a good sign, as content can often make or break new platforms. Specifically, Google say they've "been overwhelmed by interest from partners on how they can use the Google TV platform." And by "partners," they mean a fairly significant number of big players: