Greenify has been around for some time and long-time Android power users should be familiar with it. The app serves to improve battery life and system performance by hibernating apps that are misbehaving. This can save on data, resources, and power usage. Since Doze came to Android, I have found less use for Greenify on my devices, but it still has a loyal following.

The v2.8 update to Greenify has been in testing for a few months, but the final version is rolling out at long last. This app began life as a root utility to forcibly hibernate apps, but it has slowly gained more non-root features. In v2.8, it can supposedly accelerate Marshmallow's Doze mode so it kicks on in just a few minutes. That's just the start; there's plenty more, especially if you're rooted.

If you're like me, then there are at least 2-3 apps that find a new home on your phone every week, because they just seem cool. These apps start piling up after a while and eating away at your battery and RAM in the background, even when you're not actively using them. Greenify solves this issue by hibernating selected apps when they're not in the foreground, essentially stopping all of their processes until you launch them again. And now the app has received a nice update that makes it even better.

Version 2.7 adds experimental Android 6.0 support so you can use the app if you've flashed Marshmallow Preview 3 on your device.

The new Greenify v2.6 beta comes with a variety of interesting changes, including full Xposed support for Lollipop users. If you have been dragging your feet on donating to the developer, you will be happy to learn that two of the best paid features are migrating to the free version as well. While less obvious to the end user, much of the under the hood mechanism has been rewritten to improve performance and facilitate future feature additions. 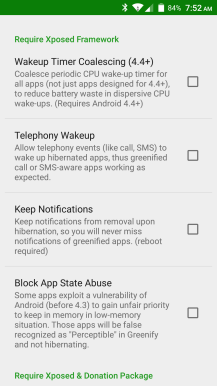 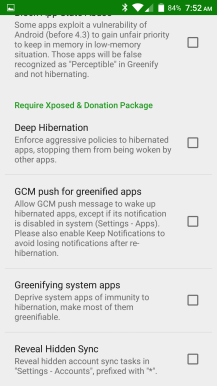 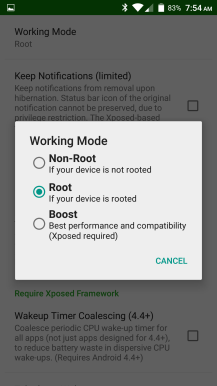 In case you missed it, this update was made possible in part thanks to Xposed framework's recently added support for Lollipop. On the other hand, the "wakeup tracker and cutoff" feature has been modified to work without Xposed in the latest update.

If you're a Greenify user who recently updated to Android 5.0, then you may have realized something peculiar: it was broken as crap. For me, it would constantly try to hibernate apps, but that wouldn't happen. As a result, it would try again. And again. And again. It literally drained my Nexus 5's battery twice within a four hour window. I was left with only one choice: uninstall it until an update came out.

Well, that update is out. Not only does it fix the app on Lollipop, but it also brings a new interface (Material Design), improved stability, and a smaller package size...because

I'm at a point in my Android life where I can live without root access if I need to. I don't use very many root applications at all – I generally only use it for a one-touch reboot on phones without a built-in option in the power menu, and Greenify. I love Greenify. I don't use it for every app installed on my phone, but it's a fantastic tool when something just won't quit chomping down on the battery. I really miss automatic hibernation on my non-rooted handsets. 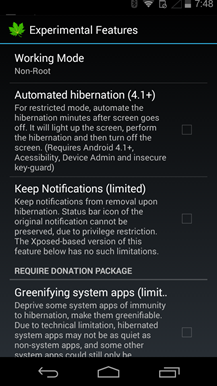 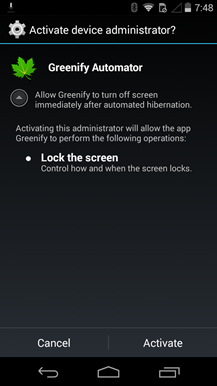 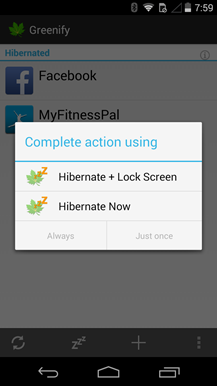 Now, however, that changes. By some form of sorcery, the Greenify team has figured how to enable automatic hibernation on non-rooted phones.

Greenify is an app that can speed up devices by hibernating specific apps when they're not running in the foreground, limiting how many background apps may potentially sip away at your battery life. ART, short for Android Runtime, handles app execution in a way that can be significantly peppier than Dalvik. Together, the two can breathe new life in a rooted device, and this combination is now more stable thanks to the latest version of Greenify, which adds ART compatibility. 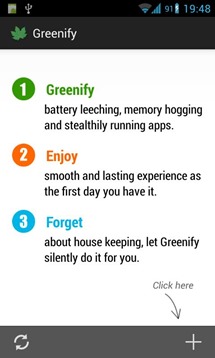 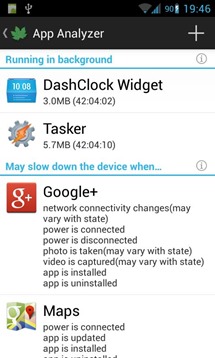 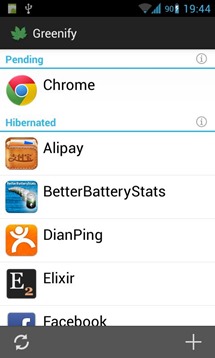 You will need KitKat on your device to use Greenify with ART. Before now, some people who tried to mix the two were met with a crash.

When it came time to decide which apps made the cut for the best of February, DashClock was a no-brainer. The widget, developed by Googler Roman Nurik, is – simply put – awesome.

We've all had to deal with it at one point or another: a rogue app hiding out in the background, chomping away on the battery. Or perhaps a bunch of pre-installed junk is taking up all of your device's precious RAM. No matter how you slice it, unwanted background apps are a nuisance. Now, there are a number of ways to do away with these apps, but none of them are what we'd call "great." For example, you could freeze them with Titanium Backup Pro, but then you can't launch them without unfreezing, and that's a pain. Or you could use a  task killer(*shudder*), but those aren't good for anyone.