Early this month, Google announced a major update to its Play services framework, which brings the version number up to 7.0 and adds several great new APIs. The SDK for this update was held back until the corresponding apk had time to make its way out to Android devices everywhere. The wait is now over, and the SDK is live. Developers are now free to incorporate all of the new APIs into their apps.

The Android ecosystem –as most of us think of it– is built on more than just an operating system and a marketplace for independent apps. It's largely shaped by dozens of services that have been built by Google, allowing developers to add rich features to their apps without building out expensive infrastructures. The Google Play services package is the core element in this equation, and it's getting a pretty major update to version 7.0 over the next couple of weeks.

There comes a moment in the life of most pre-installed Google apps where they hit the big 1 billion installs mark. This is measure less of how many users have sought out the software on the Play Store and more the number of times people have set up devices in the years since the app became available. Though in the case of Google+, the latest app to reach this milestone, there are surely people out there who didn't get the software out of the box and decided they wanted in on the fun.

Game developers integrating with Google Play Games have seen a lot of improvements since the service was launched a year and a half ago at Google I/O 2013. There have been a lot of refinements to the experience for both players and developers, and new tools have made many of the tedious and time consuming chores much easier. Google has just launched a new Play Games Publishing API inspired by a similar interface that was added to the Play Store earlier this year.

If you fire up a game on Android with Play Games integration, you may notice something new. The level cap for those at the top of the XP heap has been raised to 25, and the icon border is blue. It used to be 20 with a pink border around the icon. That means you may be a whole five imaginary points better than your friends now. 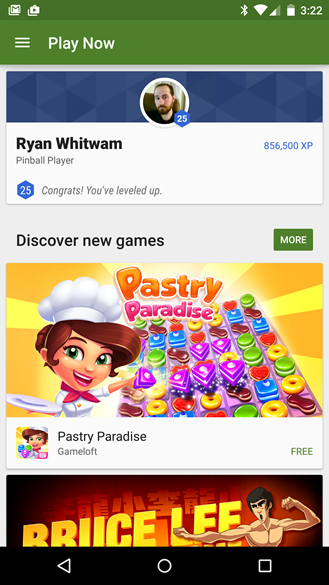 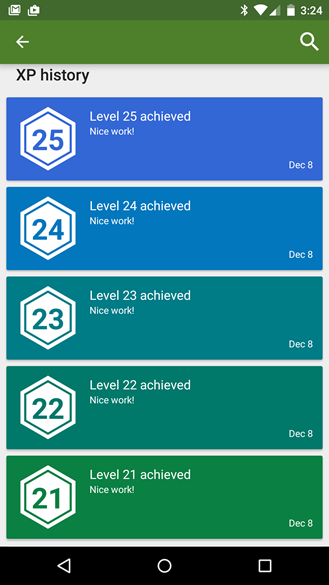 In the Android Police teardown of the latest Google Play Services support app posted yesterday, Cody Toombs noted that the "Nearby Players" feature we've been spotting for a few weeks seems ready to go. And lo and behold, several users have seen the feature become active on their phones, heading to Google+ and our own tips box to spread the joy around. Check your own app to see if it's enabled, though the distribution seems somewhat random - we're seeing reports from players in Mexico and Italy at the moment.

Excitement over products like the Ouya, nVidia's Shield line, and even numerous gamepads proves that gaming on Android has entered the mainstream. Developers have been jumping at the opportunity to build games that work across many of the different operating systems; and thanks to the Cross-Platform SDK, they're able to integrate most of the Play Games services into their products on Windows, Mac, and Linux. Until now, this SDK has lagged behind the SDKs for Android and iOS on one specific feature: real-time multiplayer support.