Second is the option to reorder photos in an album.

We rarely talk about apps losing features, but that's what has happened to Google+ today, but it's not such a bad thing. The latest update to v6.1 has started rolling out to users and it finally removes access to the Google+ Photos functionality that remained after the introduction of Google Photos at I/O 2015. A previous update warned users that the Google+ Photos functionality wasn't long for this world back in June, and about a month later Google officially announced it would be shut down on August 1st.

It may be a little behind schedule, but we all knew this update would be coming soon. Google Photos version 1.1 didn't come with much in the way of changes, and the tradition looks like it's holding true for 1.2 as well. But hey, sometimes we like minor tweaks just as much. So let's go over them, and then you can rush to grab the APK.

For starters, there's the ability to easily add individual photos to albums from the drop-down menu. Here's a before and after shot. 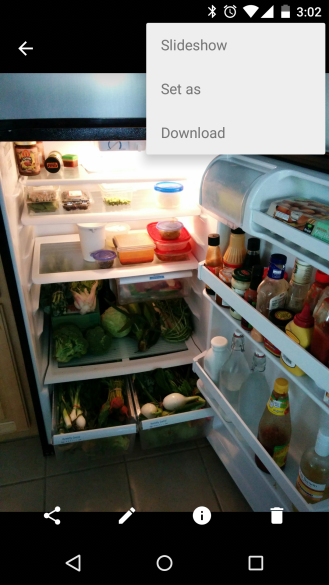 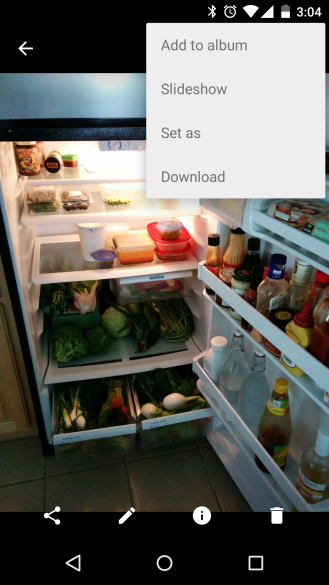 And when you're inside of an album, you also have the option to set an image as the album cover. 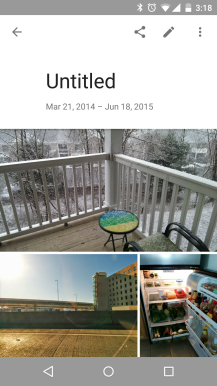 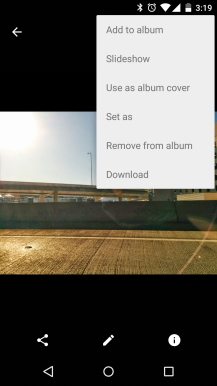 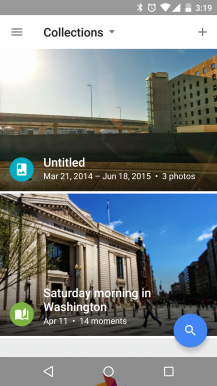 There's no logic to this untitled album.

You won't be able to stubbornly cling to the old Google+ Photos much longer (assuming people are doing that). The official Google+ account has confirmed that August 1st is the shutdown date for Google+ Photos. It won't be a huge adjustment for most users—the new Google Photos already has all your stuff stored and organized.

The new unlimited upload function in Google Photos is undeniably generous. But the old saying that your mother taught you, "if something seems too good to be true, it probably is," would seem to be in effect. Android Police has received reports from multiple users that photo uploads from the desktop and various mobile apps have hard data restrictions, suddenly cutting out in the middle of the upload process after users pass an unspecified data threshold.

Google released the new Photos app at Google I/O a few weeks back, and this is the first significant version number change it has experienced since then. There doesn't seem to be much on the surface to justify the jump to v1.1. You can still grab the APK and install it now, though. 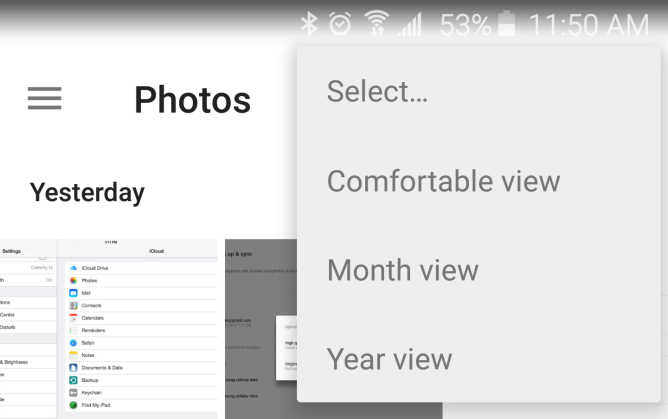 Google is very into this whole cloud thing, so much so that it's offering unlimited storage of high-quality images and video as part of the new Photos. If you've got all your stuff online, do you really need it locally? The new Photos app doesn't think so, and it can help you save some space. 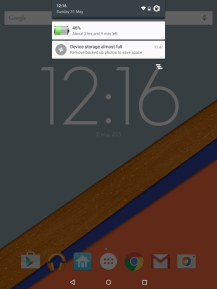 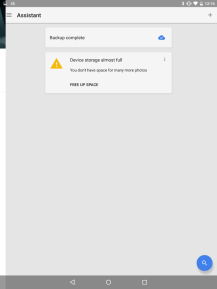 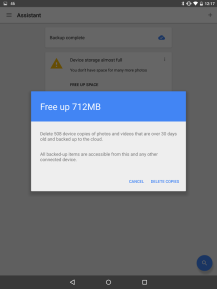 Disclaimer: Teardowns are necessarily speculative and based on incomplete evidence. It's possible that the guesses made here are totally and completely wrong. Even in the most cut and dried examples, there is always a chance that details may change or plans may be cancelled prior to the launch of a new feature.
Read More
Page 37 of 38«First‹Prev...10...3435363738Next›