Lenovo's Moto Z and Moto Z Force were announced yesterday to a lot of skeptical criticism from fans of the old Motorola brand. Personally, I think they look nice and I like the Mod approach as opposed to LG's, but only time will tell whether they end up being a disappointment or not. For now, all we have to go on is David's quick hands-on and his impressions were mitigated.

If you're interested in the Moto Z and Moto Z Force, there might be some good news to sway your decision even more in favor of the phone. The Droid Edition, which will be exclusive to Verizon whenever it launches this summer, will come with 2 years of "original quality" storage on Google Photos for free. Google really wants the snapshots you take to have as much contextual information associated with them as possible. So much, in fact, the the Google Photos app can dip into your phone's location history (not just the GPS or other location data supplied by the camera app at the time of the shot) to tag it. At least one Android Police reader noticed that some of his photos had been amended with location data, despite the fact that he says he never turned the Save Location option on in the camera app. Google Photos is constantly improving and quickly becoming one of my favorite Google services. From shared albums to automatic labeling of people and things, to an exhaustive search function, it's so easy to just upload thousands of photos and let Google take care of managing and organizing them for me. The big annoyance that I kept facing was that plenty of my old photos were tagged with the wrong date and time because they were taken with a standalone camera on which I'd never bothered to adjust the time settings. This resulted in hundreds of photos showing up in the years 1969 (this is not a pun, I swear) and 1980 for some random reason, even though I wasn't even born then. Everyone's favorite online Photo management tool, Google Photos, is pretty popular. At the company's annual developer conference, I/O, Google just announced that Photos has over 200 million monthly active users, with over 2 trillion labels automatically applied to a variety of different photos. CEO Sundar Pichai said a lot of these were labelling selfies, which is mind-boggling when you think just how many selfies must be taken every day.

These usage statistics are pretty cool, especially for a product which only launched at last year's I/O. I personally use Google Photos for all my photo management, and can attest to how well thought out I find the entire product. Commenting is for either individual photos or an entire album. Cody already found evidence of it in his Photos v1.16 teardown, so it's not a total surprise it's turned up now. When enabled through an album's sharing options (the feature is off by default), there will be a button on the footer when viewing a photo, or "add a comment" is added at the bottom of an album.

Cody found evidence of an improved smartburst for Google Photos in his v1.16 teardown, and on the v1.17 official changelog it listed 'Improved burst photo support' as one of the points. Now, just after the v1.19 update, it seems the new Smartburst is finally starting to rollout to general users via a server-side update. 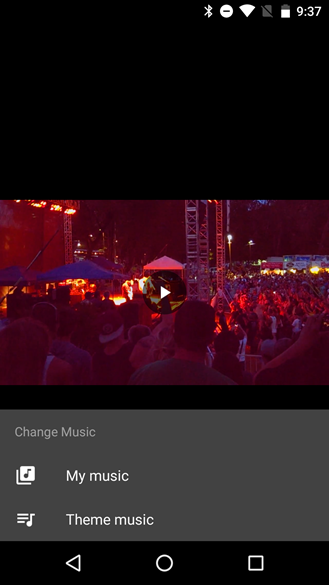 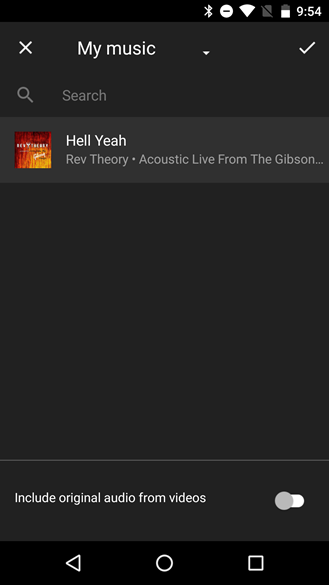 Photos, like many other apps and services that have cropped up over recent years, is pretty awesome at stitching together short videos from our pictures and movies, then adding background music to give them some extra punch.

Cloud storage is probably the greatest thing to happen to casual photography since manufacturers started putting decent shooters into smartphones. There's nothing like snapping a couple of group shots and throwing them up on Google Photos without the hassle of hooking a computer to a phone just to move them over first. The catch is that most of us choose not to sync pictures over cellular, instead waiting to get back within reach of Wi-Fi so our data plans don't feel too much abuse. However, there are times you still need to back up a few shots right away, and that's where the latest Google Photos update comes in.