If you don't remember, Google Music was originally slated to launch with a music store when it came out 5 months ago, but the deals fell through.

Oh, do we have a story for you. It's a story of mystery, intrigue, and a lost prototype Nexus Prime. Yes, a lost Nexus Prime. Or Galaxy Nexus - whatever it'll end up being called.

Our story begins like any other -- with a person. Not just any person, though -- this person is special. They go by the name of Geek Vundotra, and they work for Verizon. Geek is a Verizon engineer who happens to be carrying a very special phone.

Google Music beta, previously available by invitation only from Google, is opening up its doors a bit starting today with the rollout of invite capabilities.

There aren't many yet - I and everyone else I've seen who have gotten invites, received 2 to hand out, so if you're already a member, log into your Music account, check how many you were granted, and start a bidding war among your friends (fall back to a sword duel in case of disputes).

Linux users who were invited to the Google Music Beta program back when it first launched quickly realized that the service offered little value to them. Why? Because, at the time, there was no native way to upload music. Today, after two-and-a-half-months, Google finally released an uploader designed just for Linux.

The uploader essentially works just like the Windows version, with one small tweak: OGG support. OGG files will automatically be transcoded to 320kbps MP3 files, which will inevitably make the already painfully slow uploading process last even longer -- but hey, at least you can finally use that beta invite, right?

When Google announced its highly anticipated Music beta service at I/O last week, we were told that, aside from I/O attendees, Verizon XOOM owners would be among the first to get to use the service. Holding true to that, Google has officially started sending out the invites this morning. 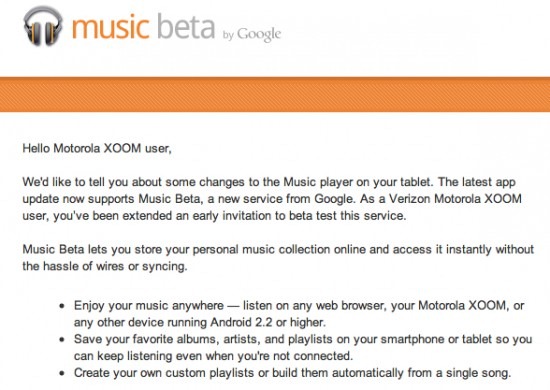 As far as we know, this is exclusive to Verizon customers right now, with no word when owners of other models (or other devices) can expect to get the invite (aside from attendees with their Galaxy Tab 10.1's).

We got a tip this morning for the official URL for Google Music, and we've been randomly checking it (read: mashing F5 constantly) since then. A few minutes ago, something amazing happened - it went live. Hit the link, request your invite, and patiently wait for it! GO! 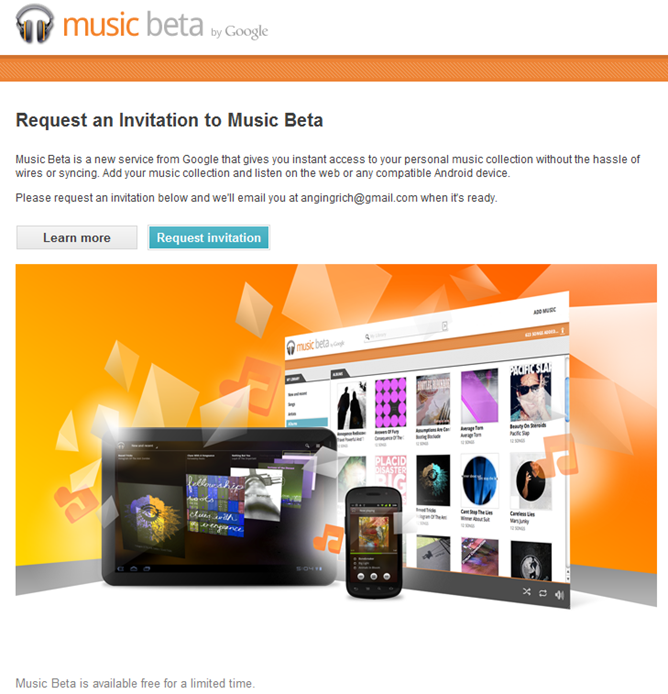 After clicking on "Request invitation"

Although this just went up, we can pull out a few obvious facts right off the bat:

The Internet is buzzing about Google I/O, with many speculating on what major reveals the public can expect. Sources close to the Wall Street Journal, for instance, are insisting that Google's long awaited music service will be announced tomorrow. The service will act similarly to Amazon.com Inc.'s cloud service, which allows users to upload their own music files and stream them to supported devices.

The service's launch would indicate that Google has given up on talking with the four major music companies it has sought to appease before moving forward.

It’s not much of a secret that Amazon is quickly becoming one of my favorite companies. The way they have embraced Android is wonderful, creating diversity where there used to be none. I recently ran down some of the pros and cons of the Amazon Appstore for Android, which is starting to become my go-to marketplace for new apps. Now they have released a new music streaming service, Cloud Player, which brings some of the functionality that was originally a hope of Google Music to my Droid.

While some companies are content to just talk, talk, talk about what they are doing, Amazon seems to be quietly hard at work. Last week they gave us the Amazon Appstore for Android and last night they dropped another bomb – the Amazon Cloud Player.

If Grooveshark and Dropbox had a baby, it would be Amazon Cloud Player. It consists of Cloud Drive - 5GB of free cloud storage on Amazon’s servers (upgradable to 20GB with the purchase of one album or for $20/year; $1 per gigabyte after that) - and the Cloud Player, which can be accessed from the web or from an Android device.

I want to say up front that I don’t have much faith in this. In fact, I only agreed to do it if I could clearly indicate how dubious I am in the article. So, I’m opening with a screenshot of just how sketchy this is: 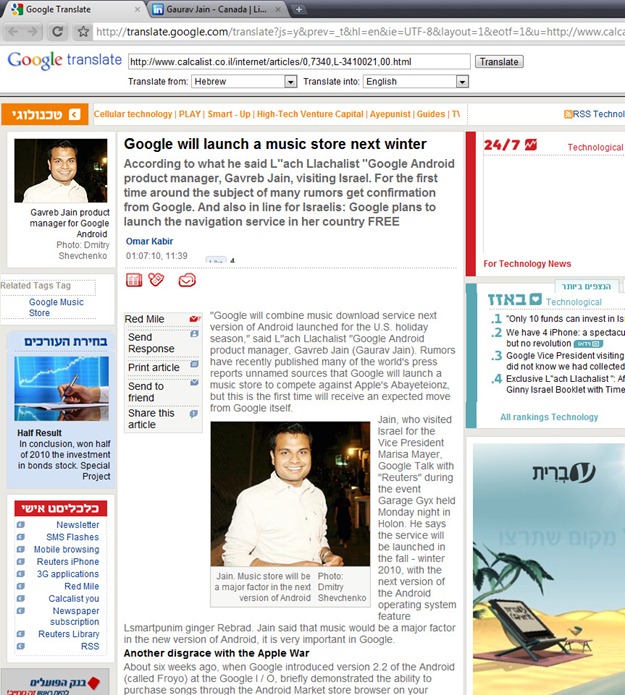 If you haven’t read the article in the image (which I’m hoping you haven’t), here are the important details (according to the article):