Google went on a minor update spree this afternoon, issuing revisions to four Google apps on the Play Store, including Play Music, Wallet, Drive, and Shopper. All four updates are relatively mundane, but here are the various changes.

Hidden in the old Drive changelog from the previous update (here) is a small note regarding gestures. The new version is 1.1.4.29.

Shopper has received the most substantial update of the four to v2.6, with changes to filtering options and search, as well as performance and stability improvements.

If you use Google Play Music, then you may want to check your app updates - Music just got a pretty decent one. This new version brings a handful of useful features and enhancements:

v4.3.606
* Now Playing queue that allows for queuing and reordering of currenty playing music.
* New UI for navigation with transport controls on the action bar.
* New large album art view on Recent.
* Playlist art is now constructed from album art of songs in the playlist.

Google recently decided to make my life a lot easier by releasing the changelog for Jelly Bean. Cool!

While, of course, I take issue with its thoroughness, it also wasn't all that accurate when it was first published. It's since been corrected, but the internet never forgets. Check out this Google listing:

Yeah... There isn't actually a ringtone editor in Jelly Bean. Google seems to agree, because, after the initial posting, the mention of the editor was completely removed from the changelog.

Well, that didn't take long. Earlier today, we reported that Google was limiting the number of devices that can be deauthorized from your Google Music account. The official limit on Google Music devices was 10 active devices, with the proviso that up to 4 devices could be removed from your account every year. As of this moment, the Google Music help page still echoes this, but Google might be back pedaling. The problem with any account-based music streaming service, from a corporate standpoint, is that end users are a shared password away from getting access to free media. Really, who hasn't shared their Netflix account once or twice? In an effort to prevent this kind of abuse, Google Music (likely at the request of the music labels) has instituted a cap on the number of devices you are allowed to deauthorize: Four. 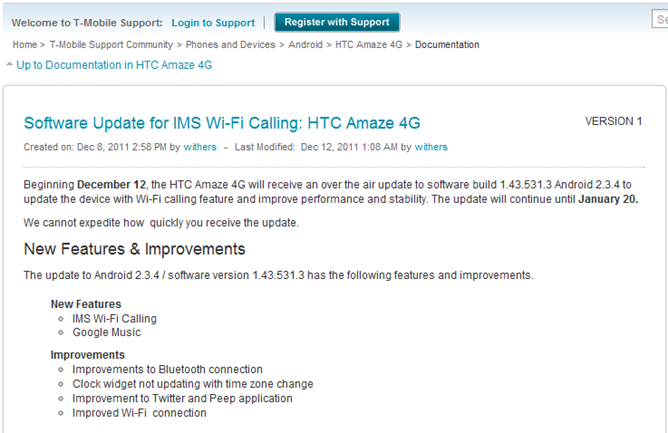 Users can check for the update manually by hitting Menu > About Phone > HTC Software Updates > Check. Otherwise, you have only to sit back and wait for an OTA notification before you can begin enjoying WiFi calling on your Amaze 4G.

I don't know what is up with Google and web design today, but hot on the heels of the Android.com revamp comes... this. 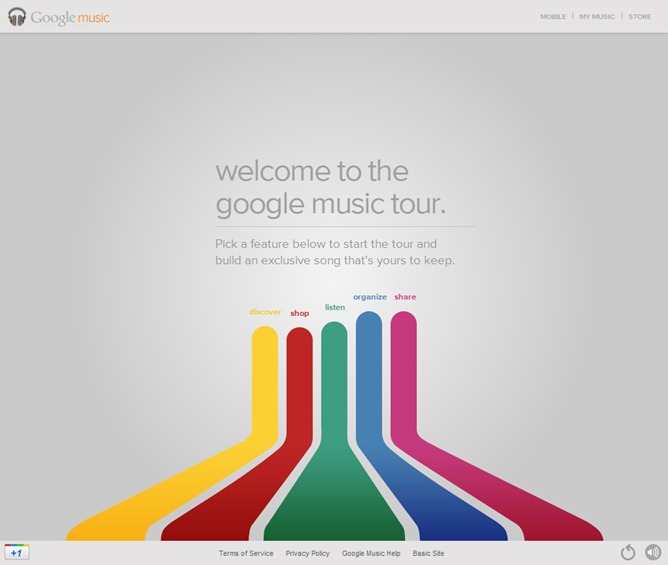 I spent the first 5 minutes just hovering over the little colored lines, because the sound is just so cool. Each line plays a musical note; it feels like you're trying to call down the spaceship from "Close Encounters of the Third Kind."

If you can ever pry yourself away from the cool little mouse over noises, you can actually start using the website.

Google Music support was just announced for the Android Market. You can preview and buy music right on your phone! Right now you are probably asking "How can I get it?!"

Well, normally we would have an APK download for you, but this update is totally server side. Anyone running Market 3.3.11 is ready to use the Music Market. Google is it out to accounts right now. If it doesn't work for you, just have to wait. 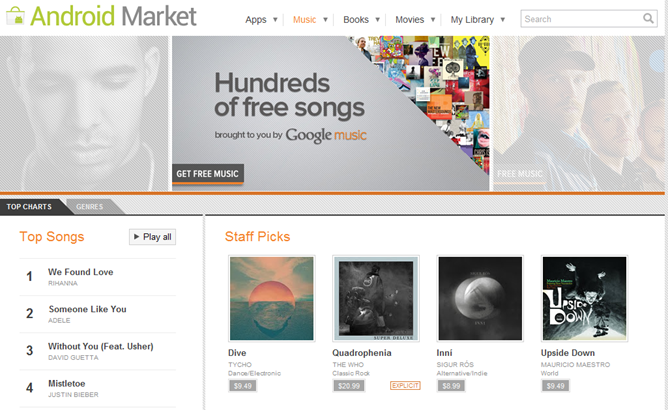 Just minutes ago, Google announced the launch of the long-awaited Google Music storefront.

If you don't remember, Google Music was originally slated to launch with a music store when it came out 5 months ago, but the deals fell through.