Heads up or "peeking" notifications, the little miniature pop-ups that appear in Android Lollipop if a notification comes in when you happen to be actually using your device, aren't for everyone. That's why Google will include the option to disable them on a per-app basis in the upcoming Android M release. (See Settings>Sound & Notification>App notifications in the Developer Preview.) It's also why apps like HeadsOff have sprung up to cater to those who want them to go away even sooner. 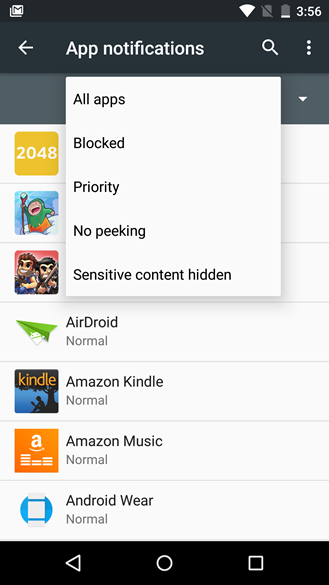 Unfortunately, it looks like Google isn't all that interested in bringing back the pre-Lollipop equivalent, Ticker Text. Ticker Text is that scrolling text you see across the notation bar when a new alert pops up while you're using your phone, but it's gone as of Android 5.0.

Do you want to use Chrome in fullscreen immersive mode, without add-on apps or root modifications? According to entries in the Chromium project on Google Code it's coming soon, possibly in the next beta release. But don't get too excited just yet.This behavior is specifically for website elements, not the browser itself (which was possible in some versions of the old AOSP browser). It will enable certain sites or web apps to go fullscreen with Android's immersive mode, just like HTML videos do now. 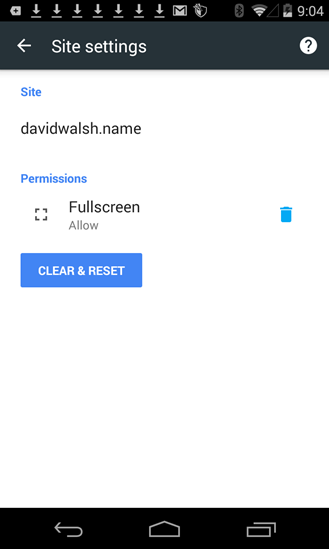 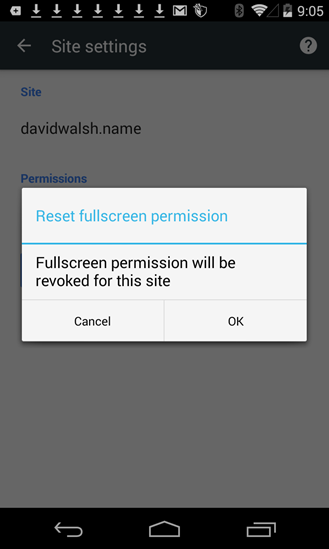 On this page you can follow along with a conversation between Google employees and other participants in the open-source project, detailing the need for and implementation of non-video fullscreen elements like browser-based games and apps.

Google has announced the end of another service, and this one is a shocker—Google Code is going away on January 25th, 2016. That gives you about ten months to get your code off of Google's servers before it's gone forever. Why is Google breaking your heart like this? According to the company, Google Code simply isn't very popular anymore.

Nexus 4 owners, don't lose hope. Though your 2012 Google phone was cruelly looked over for the developer preview builds of Android L (along with everything that wasn't a Nexus 7 2013 or Nexus 5), sharp-eyed Google+ users have spotted two different Google employees posting on the Chromium section of code.google.com claiming to use the Nexus 4 with Android L. Check out this entry from a contributor with a Chromium.org email address, explicitly using the "LRW52G" build of Android on his or her N4. The latest N5 build of Android L is LRW66E.

That gives us some real hope that Android L will be making it to the current penultimate Nexus, along with the initial partial support from the AOSP code released in July.

It's been over two months since Google gave Nexus 5 and Nexus 7 owners a chance to tinker with the upcoming L release of Android, in what has been the biggest beta test in Android's short history. With all of us waiting on a release sometime in the fourth quarter of 2014, it's gratifying to know that the powers that be are hard at work getting Android L ready for primetime. If the latest updates to the public issue tracker are accurate, some of the biggest and most critical bugs in Android L have been patched.

The most dramatic of these is the Nexus devices' inability to send or receive MMS messages through the default Hangouts app.

Thanks again to the venerable JBQ of Google, the unmodified factory image of Android 4.0.4 for the Nexus S 4G (sojus, Android 4.0.4 IMM76D) is now available here. As JBQ states on Google+, this image is for those among you who have flashed to custom versions of AOSP and want to get back to factory state. No, by the way, there's still no word on an OTA update yet.

As with all the others, the factory images are available on the Factory Images for Nexus Devices page.

To get started, head to JBQ's Google+ post on the subject, where he has more info on a known bug where the device reports an incorrect radio version number.