The announcement came during a session titled "Achieving more with Mobile Cloud," presented by Francesco Nerieri.

You can't run a tech company these days without infringing on someone's patents, and if you feel that you're infringee material, the Eastern District of Texas is the place to set up shop. SimpleAir, a Texas-based "inventor-owned technology licensing company," took Google to court over push messaging systems used in Android. Last month a jury found that Google infringed on all five of the asserted claims, leaving the company liable to pay up to $125 million for damages. Now we have a final number: $85 million. 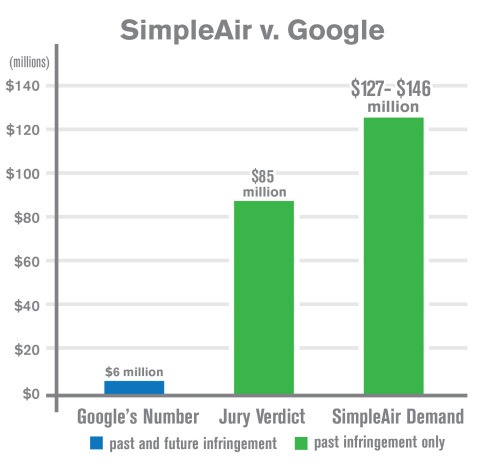 The math here is simple. First, the jury found that Google's Cloud to Device Messaging (CD2M) and Google Cloud Messaging (GCM) infringed on all five claims made in patent number 7,035,914.