Now you can play with Lego blocks on any device that supports Google's web browser of choice just by visiting the Build with Chrome website. Why? Because building things with blocks is fun. It's a task so intuitive that even babies can grasp it without being directed, and regardless of how old you are, the fun just doesn't go away. The tools may change, but the core concept doesn't need much in the way of innovation.

Since the dawn of Chrome Beta for Android, Google blocked it from the Play Store's search results for some reason. For those who use the browser as their default, this was a huge pain in the ass, as it meant searching Google to find a direct link to the browser when installing it on a new device. Sure, that may sound minor, but not being able to find your favorite browser from the device's Play Store search results is just annoying.

PushBullet has made a name for itself by making it painless to move files from your computer onto your phone. Now the app is taking a bold step towards making it just as easy to move data in the opposite direction. The latest update to version 11.3 introduces push-to-Chrome, a promised feature that should make it possible to get links, notes, pictures, and other content onto any computer running Chrome. The update also introduces the ability to push lists for the first time, and when you create a new push using the app, you can now select what you want to push directly.

As a Chromebook owner, I've waited a long time for Google to roll out a section in the Chrome Web Store dedicated to packaged apps. It didn't fundamentally bother me that many of the previous "apps" were just glorified bookmarks, I simply chose not to install them and desperately wanted a way to find the apps that were intended to run outside of a browser window. Today, Google has finally answered my prayers (yes, I pray to Google, don't you?),

A few days ago, Google intro'd a new entry to the ChromeOS family: the 11.6", Exynos 5-powered Samsung Chromebook. At $250, this dual-core ultraportable isn't going to break the bank, and for users who don't normally venture outside of the web browser, it's a pretty ideal solution. And starting today, you can grab this little guy directly from Google Play.

Just to avoid confusion, this does not run Android. It runs ChromeOS.
Read More

The day that many, many Android users have been waiting for is finally here: Google Chrome is now available for Android. In its current state it's beta and only available for Ice Cream Sandwich, but it brings some incredible features to Android:

Have you ever used the Webtop feature built into a number of Motorola's newest devices? According to CEO Sanjay Jha, not many users are actively firing up the desktop-in-a-cellphone feature - less than ten percent, to be exact. Makes sense, though, as it's basically a watered-down desktop experience, and no one really wants that. 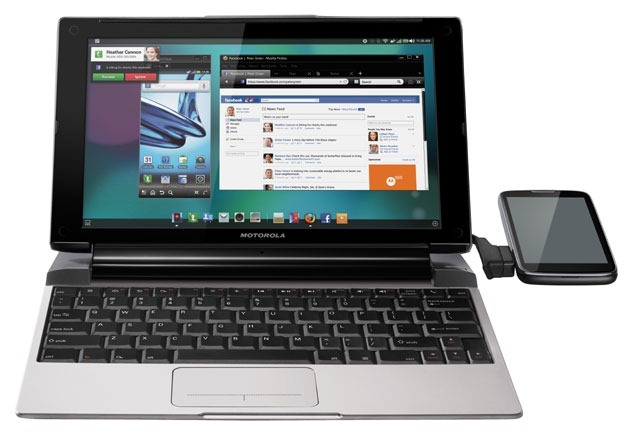 According to Jha, Moto is aware of the issues with Webtop and wants to make it more useable.