Back in the Gingerbread days, I swore by GO Launcher. I tried all the others, yet it was my go-to on every device before the Galaxy Nexus. Sadly, as much as I wanted to continue using it past Android 2.3, GO became basically obsolete on ICS and beyond.

You can't keep a good team down, so the GO Launcher devs are back with an incredible looking new launcher called Next Launcher.

If you're a GO Launcher EX user and the recently updated WidgetLocker isn't your thing, then you may want to check out GO Locker to get your lockscreen mod fix. The initial release hit the Market earlier today -- I took a few minutes to play with it, and, while it's not as polished as WidgetLocker, it's still a very nice option. The fact that it integrates directly into GO Launcher EX is quite nice, too; of course, this could also be a negative since it can't be used as a standalone app.

The GO Launcher Dev Team, the branch of the GO Dev Team responsible for GO Launcher and a number of plugins/widgets, has released yet another extremely useful widget into the Market: GO Note Widget. This widget is a simple, yet highly functional addition to your homescreen that allows you to jot down a quick note, keep track of tasks and todos, or even draw or doodle in a note.

Bringing us familiar dialer features and fun design touches, GO Contacts EX is coming in at number four on our Hunt for the Best Dialer replacement for your Android phone. GO Contacts comes to us from the always awesome GO Dev Team, the developers behind other popular apps including GO launcher, GO keyboard, GO weather, and GO SMS (Note from the editor: If you haven't tried out GO SMS Pro, I highly recommend it.).

I don't think that these guys ever sleep! Yesterday we told you about GO Score and now we're back with yet another app from the GO Dev Team: GO Keyboard. Already touted as the "best and most popular keyboard in the Android Market", the numbers speak for themselves - it has a stellar 0 star rating out of a massive 6 downloads! 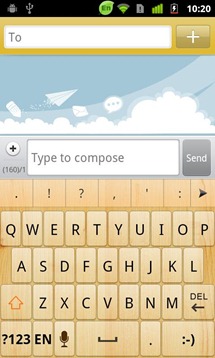 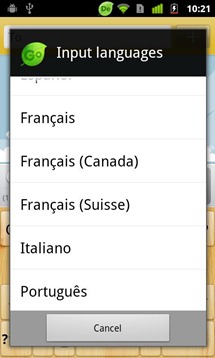 Seriously, though, it incorporates the most common features of other Android keyboards, like skinning, "accurate dictionaries", autocorrect, text prediction in multiple languages, and more.