Total Commander, which only graduated to the "final" status yesterday, made it all the way to the Play Store today, along with all three of its plugins: FTP, LAN, and WebDAV. This event concluded the saga that started back in July of last year when the very first preview release was unveiled by Christian Ghisler, the author of the wildly popular application for Windows. 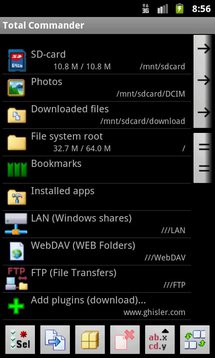 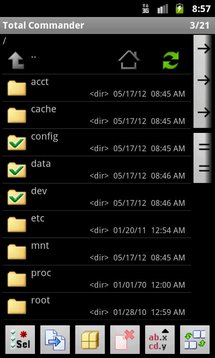 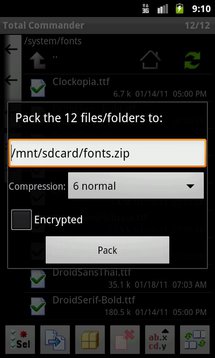 The fate of Total Commander's Play Store listing has been up in the air until only recently, when Christian confirmed he indeed/ decided to go through with it and deal with potential support issues.

Total Commander, my favorite go-to app for powerful dual-pane file management on both Windows and Android (see our overview for features and screenshots), reached v1.0 final today, dropping the incredibly annoying mandatory expiration which was present in the release candidates. One such expiration caught me on a plane with no Internet access and forced me to literally turn back time on my tablet just to get it to work again.

When we found Medieval Software's new app called Dual File Manager XT yesterday, we jumped on it right away due to its 2-pane support. Ever since the '90s, 2-pane "orthodox" file managers like the Midnight, Norton, Volkov, and most recently Total Commander have been an absolute necessity on any computer I use.

In fact, once I install a Windows OS nowadays, Total Commander is the first program that follows. Those who try 2-pane file managers can't (or rather shouldn't want to) go back to the conventional Explorer-style layouts - the level of productivity they bring is unparalleled.