Google's knowledge graph is a two-edged sword. On the one hand, it's great for us users and offers us information at a glance before we ever need to enter a website. On the other hand, publishers are losing a lot of impressions because people don't click through to them anymore. This is particularly evident for lyrics providers; ever since Google started to offer song texts in search, traffic has naturally dropped for them. Now, one of the biggest players, Genius, has accused the search engine of illegally lifting lyrics from their platform and has provided evidence in the form of clever apostrophe use. Genius, which started out as Rap Genius, is a cool Android app for music lovers who want to not just discover the lyrics to their favorite songs, but also the stories and trivia behind them. With version 2.0, the app is getting a couple of nifty new features, none more important than the slick animation on the redesigned song page.

Continuing the service's fairly rapid growth, Genius has released its own Android app. Once known as Rap Genius, they have since opened up to all music genres as well as texts from non-musical sources. More than just a place to read the words, Genius facilitates annotation and discussion of primary sources. The Android app allows users to sign in, search, browse, and read all annotations, but notably lacks the ability to add one's own comments. 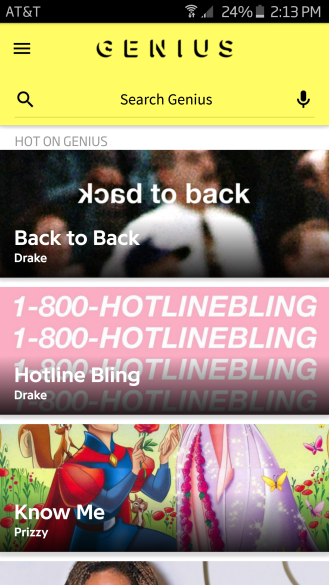 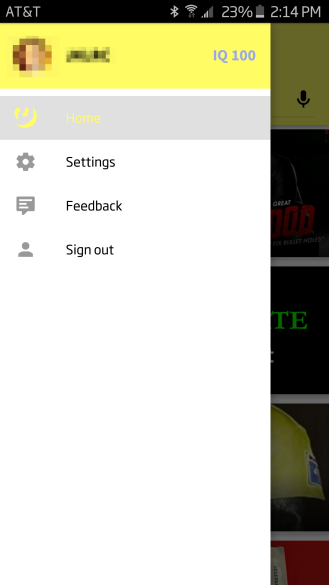 In terms of design, the app does a nice job of implementing a native material interface while still preserving its distinctive look that should be familiar to users of Genius on the web.