Last year, at Google I/O 2013, some major new features and improvements were announced for Google Cloud Messaging (GCM) -the replacement for Cloud to Device Messaging (C2DM). A couple of the new bits were even featured during the keynote, particularly notification syncing, which the audience loved. The one thing most people don't know is that most of the coolest things announced that year were marked as beta and locked behind an application process. Plenty of developers were accepted, but it certainly wasn't available to everybody.

You can't run a tech company these days without infringing on someone's patents, and if you feel that you're infringee material, the Eastern District of Texas is the place to set up shop. SimpleAir, a Texas-based "inventor-owned technology licensing company," took Google to court over push messaging systems used in Android. Last month a jury found that Google infringed on all five of the asserted claims, leaving the company liable to pay up to $125 million for damages. 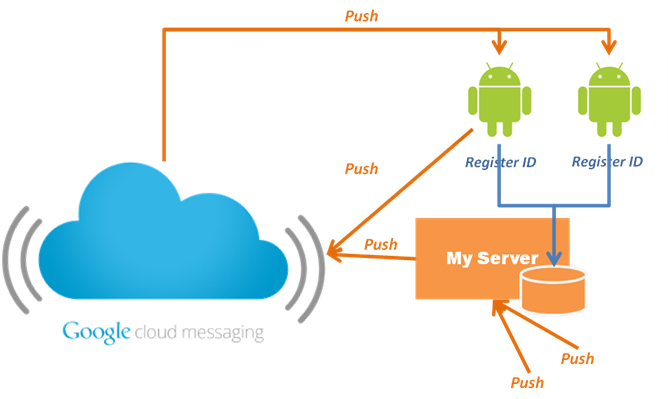