Android smartphones have long supported gamepads, and many Android games have long supported them, but that really doesn't tell the whole story when it comes to using buttons and analog sticks to play your favorite titles on the go. Individual game support for controllers can range from totally seamless to super clunky, and it's hard to tell just which titles are best suited for physical controls simply based on a Play Store listing. We've got a list of 30 we've personally tested and can confidently state work well with most Android-compatible gamepads, including everything from console-quality ports to mobile-first titles. The controller for Sony's PlayStation 4, the DualShock 4, is one of the most popular gamepads right now. It's even a great controller for people without PlayStation consoles, since it can also be used with gaming PCs and Android devices. That's right, you could be playing Fortnite, Minecraft, and plenty of other titles on your phone with physical controls with a PlayStation 4 controller. Today Razer announced a two-piece gaming controller called the Junglecat that sticks on to the left and right sides of your phone, making the finished setup looking like a Nintendo Switch. The Junglecat offers gamers a distraction-free gaming experience by eliminating the need to use fingers to control the on-screen action. When utilized as intended, however, it is only limited to four smartphone models as it requires giving up your personal phone case for its own.

The Nexus Player pumps TV shows and games alike to your TV, but for the latter, you're probably not going to use the included remote. Instead, you can consider springing for the Nexus Player gamepad to go with your set-top box.

The Nexus Player's pre-order saga has been an interesting one to say the least. First the device went up for pre-order with its accompanying gamepad, then it was marked as 'out of inventory' because it hadn't passed the FCC certification just yet, and finally it became available for pre-order again a week ago. Its gamepad however, went out of stock about the same time the player's pre-orders were halted, but didn't return with it. Now, it's back again.

Available for $39.99 with an estimated shipping date of 3 to 4 weeks, the gamepad is a cool accessory for those who want to use the Nexus Player as a gaming console.

Anyone looking for a solid Android gaming controller need look no further than the MOGA series. The original controller launched a year ago, and while there were and remain some drawbacks to the bundled software, the hardware itself is top notch. The latest generation hopes to address a fundamental drawback to gaming on a smartphone, the inescapable battery draining forces at work whenever you fire up a graphically intensive game and attempt to play it using a Bluetooth controller. Both the MOGA Hero Power and the Pro Power controllers let you recharge your handset as you game, and they're now available for anyone raring to give them a go.

Android-powered gaming systems are definitely on the rise as of late, with NVIDIA's SHIELD, OUYA, and the upcoming Mad Catz M.O.J.O., there's no shortage of ways to play Android games on something other than your phone or tablet. To keep up with the rest of the world, Archos has announced the sequel to its dedicated Android gaming system, the GamePad. I'll give you three guesses as to what the new version is called (and the first two don't count).

The GamePad 2 looks to be a nice little update to last year's model, as it features a higher resolution display, faster processor, and more RAM.

When we first reported on the iMpulse controller, I was excited. A super-portable Bluetooth controller that strives to capture the near-perfect control scheme of the Super NES and only adds a few ounces to my pocket? Sign me up! And that's exactly what I did, almost a year ago. 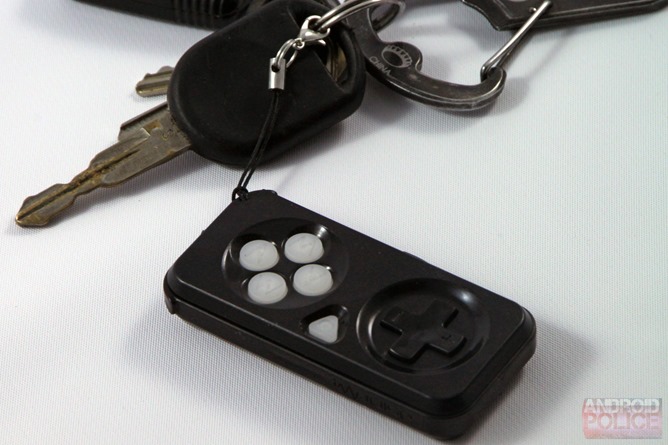 Now, eleven months later and six months after the controller was supposed to ship, I've got it in my hands. And it is a bitter, bitter disappointment. Not because of any lack in hardware capability, but because the software is so wretchedly poor that getting anything except an emulator app to work with the iMpulse is an exercise in head-banging frustration.