Since their release, the Verizon versions of Samsung's 2015 flagships (well, the smaller ones anyway) have been given only a couple of minor service updates. That changes today, at least according to the carrier's support site: both the Galaxy S6 and its curvy brother the S6 Edge are getting bumped from Android 5.0, which they've been running since launch, to 5.1.1, the latest official release. The software version is LMY47X.G920VVRU3BOG5 for both phones.

Do you want to pay full price for a phone? Probably not, especially when they're as expensive as Samsung's Galaxy S6 Edge. This is a phone that launched at roughly $800—enough to buy two or four times as many less glossy handsets. As I sit here in a hip Los Angeles coffee shop across from the seemingly never-ending whooshes and rumbles of LA traffic on a busy boulevard just outside the door, I wonder if $4 is a reasonable price for the latte now sitting in front of me. It does have one of those latte art fern-shaped things on it. Or, at least it looks like a fern to me.

While not a tiny amount of money, it doesn't seem totally unreasonable. (And trust me: $4 for a latte is a respectable price in Los Angeles.) After all, I am availing myself the use of said business's counter, its rather lovely interior inspired by the owner's Taiwanese heritage (well, supposedly), a nice ceramic cup for my beverage, and the generally relaxed atmosphere the place provides. Have you heard? Samsung has announced new phones. In case you have not heard, here's an ad in your notification shade. It looks like this has happened to at least a few people thanks to the Samsung Push Service. In a separate incident, I myself have been served an ad by the bundled Peel remote app. Is nothing sacred anymore, Samsung? 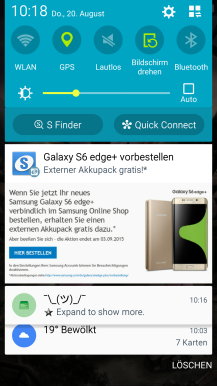 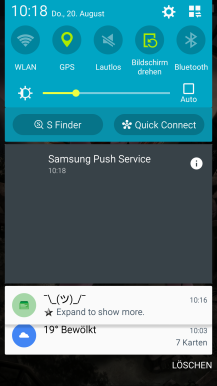 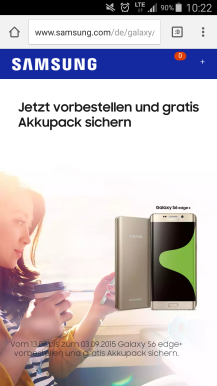 Welcome back to another week of the Android Police Podcast. To catch us live on Hangouts On Air every Thursday at 5:30PM PST (subject to change as per the calendar widget below), just head over to androidpolice.com/podcast. For the unedited video show, click here. As always, we'll take your questions at 530-HELLO-AP and also at our email address: podcast at androidpolice dot com.

On this week's episode: We go back to Honeycomb, taking a look at Google's odd tablet-focused operating system that introduced us to the Holo design language. We also talk about the Note 5 and S6 Edge+.

This week's Android Police Podcast is brought to you by Simple online banking.

If you've been watching today's coverage of the Galaxy Note 5 and Galaxy S6 Edge+ with bated breath, you won't have to wait too long to pick one up from an American carrier. All five major US networks have confirmed that they'll be carrying Samsung's new flagships, with varying degrees of availability and pre-order status. The official release date from Samsung is August 21st, and AT&T is already selling phones. Here's the breakdown for the other carriers: 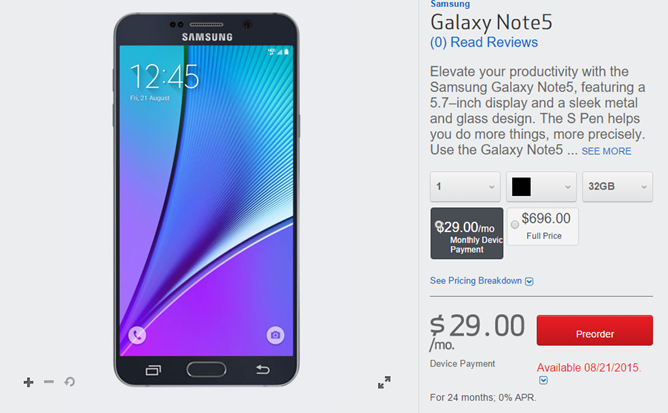 Big Red is already taking pre-orders for the Galaxy S6 Edge+ and the Galaxy Note 5. The S6E+ can be had for a whopping $768 in its standard 32GB model or $864 for the 64GB model (ouch) at unlocked prices.