The launch of the Galaxy S 4 grows ever closer and the carriers want you to know they're on it. To wit, AT&T announced today that its branded version of the new flagship will go up for pre-order on April 16th for $249 on a two-year contract. Pretty standard fare, though with a $249 up front price tag, we imagine T-Mobile will probably have something to say about that.

T-Mobile is not playing around today at its "UNcarrier" event. In addition to formally announcing the new, simplified prices with optional equipment repayment plans, and a shiny new LTE network, the company also says that the Galaxy S 4 will be arriving on its airwaves on May 1st, packing the ability to hook into that lovely 4G.

The carrier did not, however, elect to mention the pricing of the device.

The rumor mill is hot today after a comment on XDA caused some to worry that CyanogenMod would not arrive for the new Galaxy S4. XpLoDWilD took to the forums to respond to questions about the difficulty of developing for the handset. The comment appeared to be speaking on behalf of TeamHacksung (the sub-group within CM that deals with devices like the SII, Note, SIII, Note II, etc.), other CM members were quick to point out that no one person has the authority to speak for the entire team. 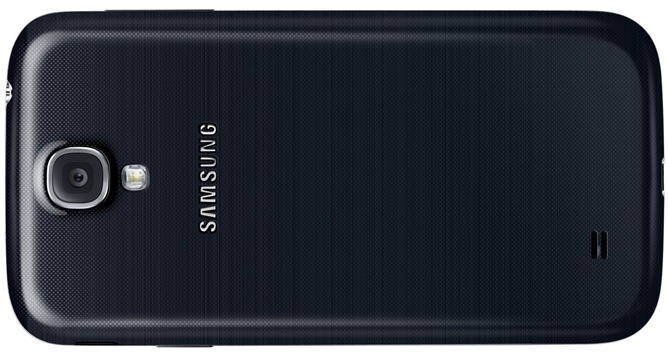 If you're in the market for an Android smartphone right now, you've got plenty of options: HTC's One is on the way shortly, there's the Xperia Z / ZL, and of course, the Nexus 4.

Well, the day is here, boys and girls – Samsung's newest flagship is a go. As expected (and never doubted), it's called the Galaxy S4, and it picks up where the GSIII left off. Offering even more eye-tracking features, more horsepower under the hood, and a few tricks from the Note II's playbook, the GS4 is a worthy successor to the world's most popular Android phone. Let's get down to the nitty gritty.

The next Galaxy's unveiling is finally upon us at 7PM Eastern/4PM Pacific tonight, March 14th. Come back to this page a few minutes early to watch the event stream live as well as follow our live blog. Don't forget to bring a snack - it'll likely go for well over an hour.

We may have already discovered some of the features and a possible look of the S IV, but there's always a chance that the leaks we've been seeing, which all came from the same dual-SIM device in China, aren't actually representative of the final hardware.

In the short time leading up to a new flagship device, the likelihood of a credible leak tends to skyrocket. With mere hours before the Samsung Galaxy S IV is unveiled, 19 high quality photos and 4 videos have made their way into the world. The pictures have excellent lighting, well chosen angles, and spec-rich text bubbles - there is no denying that they look like shots for the Chinese market.

Today, we have a video of the very same alleged Chinese dual-SIM variant of the SGS IV GT-i9502 that we saw yesterday when it posed for a surprisingly high-quality photoshoot (I guess the blurrycam was broken).

While Samsung often does do advertising right, I still don't really get what this Richie Rich-esque teaser trailer series for the Galaxy S IV is all about. Part 1 was unveiled last week, and today we've been treated to the second installment of A Boy Named Jeremy and a Cardboard Box That Says 'Unpacked' On It.

I'm guessing Jeremy and his mystical, light-producing parcel will be part of the official Galaxy S IV unveiling in New York later this week, and that there will be antics involved.