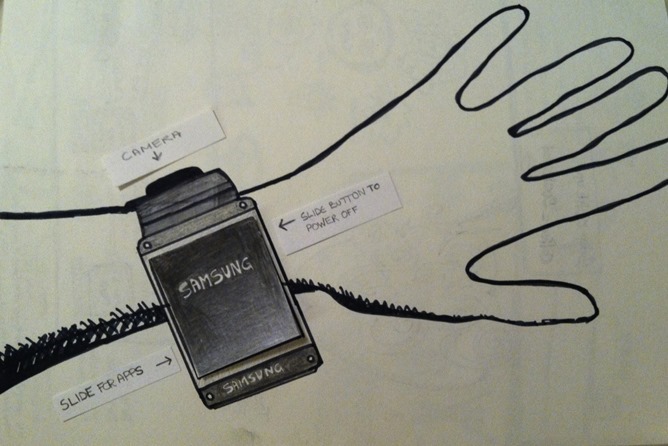 Large, one might say. Quite large, apparently - VentureBeat claims the Galaxy Gear will have a 3.0" display and seems to runs Android (or at least is capable of running some Android apps) in some sense of the word.

Update: According to GigaOm, today's Galaxy Gear images are definitely of a prototype, as VentureBeat speculated could be the case earlier. Additionally, GigaOm's sources indicate that the watch will be running Android 4.3 with Bluetooth LE connectivity, a dual-core 1.5GHz Exynos 4212 processor (with Mali-400 MP4 GPU), and the ability to make phone calls. Our original post follows below.

We're looking forward to getting a glimpse of the Galaxy Gear, Samsung's rumored smart watch, expected for an IFA reveal.

Take a look at that image. That one right down there. See that? It's the first reliable bit of information that indicates what the Samsung Galaxy Gear smartwatch will look like. 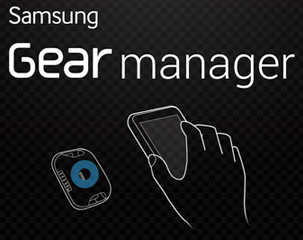 Perennial leakster @evleaks just posted two screenshots on his Twitter profile, purportedly from the Manager companion app for the Galaxy Gear. They show an NFC pairing system not unlike the latest Sony Smartwatch sans strap, a few apps in a screen not unlike the Pebble Smartwatch app, and not much else.

It's not often that you'll see executives of multi-billion-dollar international companies speak frankly about unannounced products, but The Korea Times managed to get a few gems of information out of Samsung Executive Vice President of Mobile Lee Young-Hee. She confirmed that the Galaxy Note III will be unveiled at the upcoming September 4th "Unpacked" event (which is hardly a surprise), and also that the often-rumored Galaxy Gear smartwatch will be in attendance.