When you run as many services with as many features as Google, bugs tend to pop up from time to time. The latest major bug concerns Google Search's custom date ranges, which are causing tabs to freeze when used. Google is working on fixing this and has presented a workaround for the time being. Chrome on Android has been a bit more crash-happy over the past few months. There were reports of WebView (the Chrome-based engine that powers web content inside apps) having problems last year, and Google has acknowledged Chrome 83 crashes on select Asus devices. OnePlus phone owners have also had to deal with buggy Chrome behavior, as the app has been freezing and crashing on some OnePlus devices for the past several months. WebView, the component of Android that renders web pages inside apps (like login screens), is updated through the Play Store. This means that security issues are less of a concern, but it also means bugs can crop up outside of system upgrades. Case in point: an annoying bug is causing web pages inside apps to freeze and crash. I love my Huawei Watch because it can vibrate and notify me silently of new messages and calls without disturbing everyone around me like my phone does, but recently I've stopped using it for anything else because of the lag. One out of every 3 or 4 taps or swipes seems to stutter and take forever. And I often find it faster and easier to take out my phone and do things than wait for Android Wear's whims to execute a command.

But it looks like the fix is a simple toggle. As discovered by redditor Yozakgg, disabling "Ok Google" detection under Settings -> Personalization on your watch will remove a lot of stutters and lag. Swords & Crossbones is a humerus RPG that incorporates elements of turn-based tactical games and base-builders (without the freemium baggage that usually carries).

If you're a fan of physics-based titles, your options on pretty much any mobile platform aren't exactly limited. However, Freeze! by Frozen Gun Games definitely looks a little more interesting than your average title in the genre. Comprised mainly of tilt-based gameplay - though accomplished through touch instead of a gyroscope, thankfully - Freeze! is the compelling story of an ocular hero (no really, he's an eye) attempting to escape from an off-world prison. 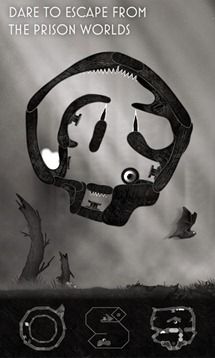 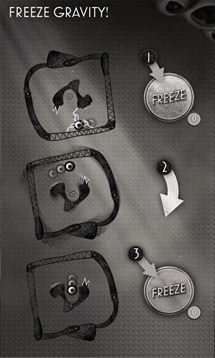 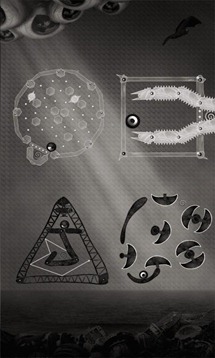 Freeze! features music from Swiss electronic / trance composer Karl Lukas, and for a limited time, the entire first world in the game is free (extra worlds are purchased via IAP), giving you 25 levels to dive into immediately.

Yesterday, Nvidia's CEO announced that the Ice Cream Sandwich (that's Android 4.0 for those of you new to the game) update for the quad-core Asus Transformer Prime would begin rolling out immediately. Sure enough, users started receiving the update, and we managed to snag and host the OTA ourselves (as well as help you prevent it from breaking root). For most, the update brought everything you'd expect from the hot new version of Android: even smoother, snappier performance, sleeker transitions, and various other perks. But for some, it appears that the update has seriously screwed up their device.

According to a six-page thread over at XDA, there are a number of users (though likely a very, very small percentage) who are having some pretty serious issues after updating, regardless of whether or not they were rooted beforehand.