Google Photos version 3.23 just started making the rounds, but there doesn't appear to be anything immediately changing with the update. However, the traditional clues about upcoming features are certainly there to be seen. We can look forward to applying some of those smooth bokeh effects of portrait mode, and this time, we'll control the intensity of the blur. There will also be a new option to downgrade your already backed-up photos to high quality so you can get back some of that cloud storage. I've also included a couple of other teardown sections for earlier versions that were slated to appear in the next Update Notes post, but this is the better place for them.

Google launched a pretty cool promotion in 2016 with the offer to store every photo and video taken on Pixels at original quality. The same promotion will apply this year with the release of the Pixel 2 and Pixel 2 XL, but it now comes with a catch: The promotion expires in the year 2020.

Unfortunately, the phrasing of the new terms left room for interpretation, leaving many people concerned that all of their uploaded photos would suddenly count against their storage quota or may be converted to lower quality once the expiration date hit. Thanks to a teardown of the latest Google Photos update, we have definite confirmation that both your photos and your storage quota will remain safe and unmolested. 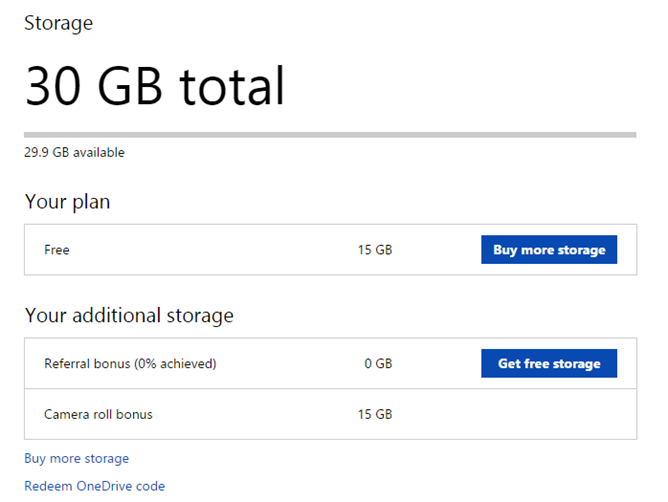 According to this blog post, Microsoft is doubling its already generous 15GB storage allowance for free users if they enable the "camera roll" (automatic photo upload) feature. That brings the OneDrive storage total up to an impressive 30GB, which is double the free storage space of Google Drive, three times the storage of Box.com, and fifteen times that of Dropbox's free version.

Update: It looks like users with qualifying phones who have already redeemed their free storage are automatically getting bumped up to 100GB. Thanks to reader Aaron Blecher for letting us know! 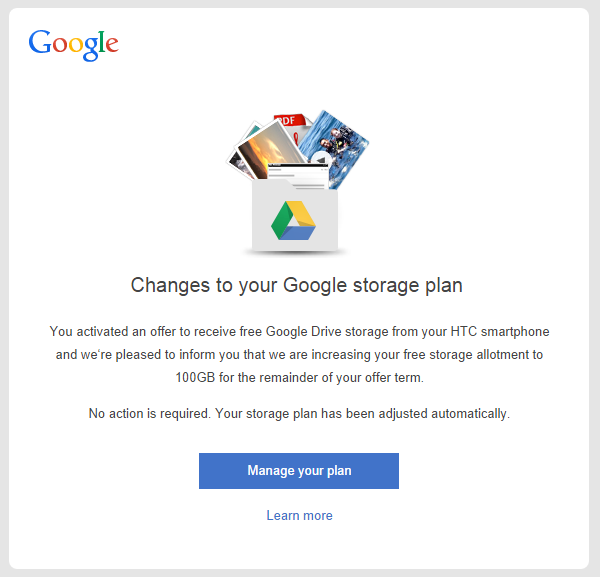 If you've been thinking about getting a newer HTC phone, the company just gave you a little more to think about. HTC and Google have just doubled the amount of free Google Drive storage that new owners of the HTC One M8 and One Max receive when registering a phone, up to 100GB from the former 50. Even better, Verizon's HTC One Remix is good to go as well, and also gets 100GB of storage.

The guys behind the official Dropbox Android app have an enticing present for everyone to check out. They just released an experimental beta v2.0.9 that includes a brand new automatic Camera Upload feature. There are definitely third party apps out there that offer this same service, but it's nice to see the official version updating with some fresh new features.

Good news for owners of LG Android devices as they have partnered with popular cloud storage provider Box to offer 50GB free storage for personal accounts.

If you wish to claim the 50GB of free storage, simply download the free Box Android app and login before March 31, 2012. The promotion is valid on all LG phones and tablets in the US running Android 2.1 and above. Once claimed, your account will have 50GB of free, secure file storage and sharing forever.

Offering free cloud based storage seems to have become a trend for device manufacturers, as HTC recently partnered with Dropbox to offer 5GB of free storage on all Sense 3.5 handsets.