Seemingly as part of today's Unpacked Part 2 and Galaxy Z Fold2 festivities, Samsung has dropped the price of the original 4G LTE Z Flip by $80, bringing the phone down to a still-expensive $1,299. There's one other perk, though: Samsung is also giving folks a free leather case if they pick one up — another $80 value. It's been a couple of months since the Pixel and Pixel XL debuted, but it's still rare to come across a deal for them, especially on the XL model. In fact, we've posted a total of zero Deal Alerts on the non-Verizon Pixel XL. However, Google itself has decided to offer a free official case to anyone who purchases the Pixel XL from the Google Store.

If you haven't already bought a Nexus 7, you're missing out. It's easily the best Android tablet on the market, bar none. For today only, you can score a 16GB Nexus 7 with official case and free shipping for $250. While the price isn't any different than the 16GB version directly from the Play Store, at least you're getting some freebies out of the deal - roughly a $30(ish) value. 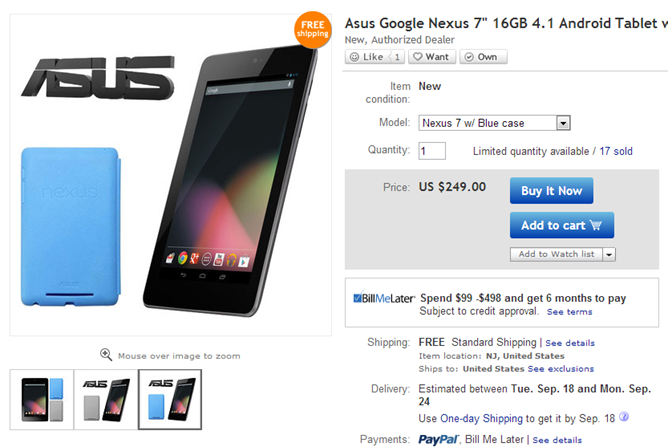 One notable thing about this deal is that you have the choice of either a gray or blue case, the latter of which hasn't even arrived in the Play Store yet.