The European GSM variant of HTC's foray into the tablet world, the Flyer, is currently getting its long-awaited bump up to Honeycomb 3.2.1. The update brings many new features to the tablet, including the latest version of Sense for Tablets with "enhanced internet browsing, mail, calendar, and more all optimized for the 7-inch screen."

The Wi-Fi-only version hasn't been left behind completely, either - HTC states that it will receive its Honeycomb update soon, but no ETA has been given.

Read More
Update: Turns out this was just a pricing error, and Best Buy is not honoring the price. Sorry for the false alarm, everyone!

Just a few days ago, Best Buy dropped the price of the HTC Flyer to just $300, and today they've dropped it further to $100. At that price, it certainly seems like a fire sale (similar to the HP TouchPad), but at this point it's unclear what's prompting the uber-low price.

The HTC Flyer was the Taiwanese handset company's first foray into the tablet game - a 7" device with a 1.5GHz single-core processor, two cameras, an SD card slot, and 16GB of storage (digital stylus not included). At $500, it was pretty obviously overpriced. But for 300 bucks, the this tablet is at least nearing what we'd call the competitive range.

The Flyer runs Gingerbread, though a Honeycomb update is in the pipes, and its bootloader presents no obstacles to the flashing of custom ROMs.

The HTC bootloader unlock portal has been updated yet again, this time bringing the company's first tablet, the Flyer, to the mix. It appears that basically all versions that carry the Flyer name are supported, so if an unlock for the View 4G is what you're after, you'll have to keep playing the waiting game for a while longer. 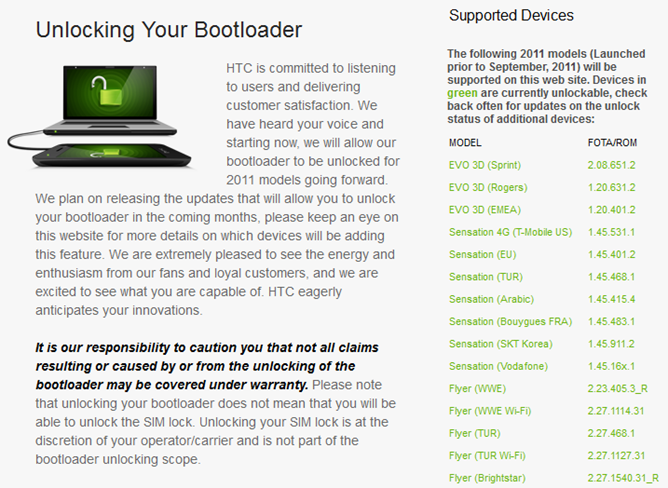 Like with previous devices that made their way to the portal, the process seems simple and intuitive -- but keep in mind that it effectively voids your warranty if you choose to use this "legit" method.

While HTC may have just made the 10.1-inch Jetstream official, it hasn't forgotten about the 7-inch Flyer; actually, it's quite the opposite. They seem to be hard at work on a Honeycomb update for the tiny powerhouse, as a full RUU is now available for download thanks to Paul O'Brien of MoDaCo.

This RUU is a very early build and those who are looking to flash it should proceed with extreme caution, as there isn't a lot of info available just yet on how stable it is, or whether you can easily rollback to the previous version.

Last night, the HTC Flyer received an update that included the OnLive viewer, allowing users to get a glimpse of what the future of mobile gaming should look like. Naturally, those of us that don't have a Flyer want to peep into said future, too - so, in typical XDA fashion, the APK was extracted from the update so it could be installed on other devices. It's worth noting that this is the viewer, not the player, so you'll only be able to watch the action.

It looks like HTC is on top of its game when it comes to accessories for upcoming devices: the dock for the HTC EVO 3D showed up in coming-soon-status at BestBuy.com last night, and now an ever-so-sexy dock for the Flyer has made an appearance there, as well. 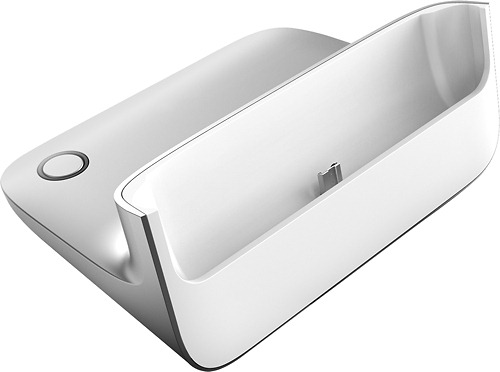 It offers everything that you would expect from a dock: it keeps your device charged, makes turning your $500 piece of hardware into a $20 alarm clock a snap, and supports the MHL adapter via its rear port, so you can easily stream videos (or anything else you may want to stream) to your HDTV - all while looking good doing it.

So, you bought that fancy new Nexus S/DROID Charge/Galaxy S II/G2X/Flyer with a front-facing camera, and you were excited to make video calls. Then you noticed there isn't any native video chat client for Android (yet - Talk will have this integrated soon). Then you heard about fring, which is pretty cool. Then you tried to install it, only to discover it didn't work. Then you probably had a sad.