The FLIR ONE infrared camera accessory is a gadget that few people have heard of and even fewer people really need. It's a cool little device that attaches to the MicroUSB port on your Android smartphone and transforms your device into a heat sensing camera. Ryan here at Android Police reviewed one a while back and came away pretty impressed.

I personally have absolutely no practical use for an infrared camera. That doesn't mean I don't want one! Getting to play with a thermal imaging camera would make me feel like a Mythbuster or James Bond (he's almost as cool as a Mythbuster). 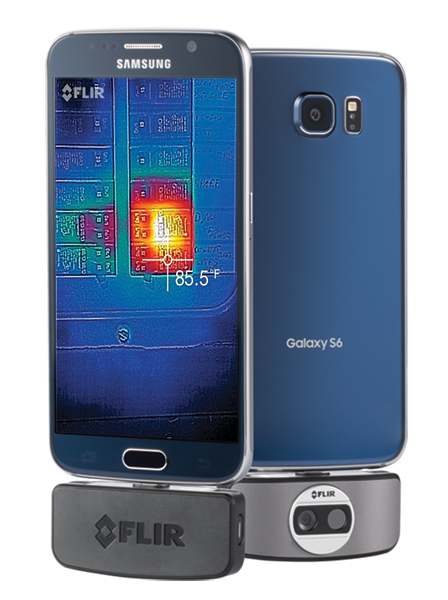 In recent years, Dropcam has been the leader when it comes to smart home security cameras. FLIR recently jumped in to the market with the FLIR FX wireless security camera. This is a mobile-centric security system that offers cool ways to review your video and receive alerts on your phone when something goes down at home. Let's see how it performs.

We don't get to talk about FLIR much on an Android blog, but that Seek thermal camera was neat, right? Now FLIR is releasing another consumer-level imaging solution, but this time it's taking on the home surveillance market with the FLIR FX. This $199 camera has all the bells and whistles of the competition, and then some.

The similarly priced Dropcam is probably the most well-known competition for FLIR, but the FX seems to have a few advantages. For one, it can record to a microSD card if you don't want to deal with the cloud or subscriptions. FLIR has also created a feature called RapidRecap that lets you review hours of footage in a minute by speeding up and overlaying frames.