Firefox's stable release channel for Android has bumped up to version 36.0 after spending about a month in beta. The most notable change in this update is a completely revamped tablet interface, which better uses larger screens and makes the app look more like its desktop counterpart. 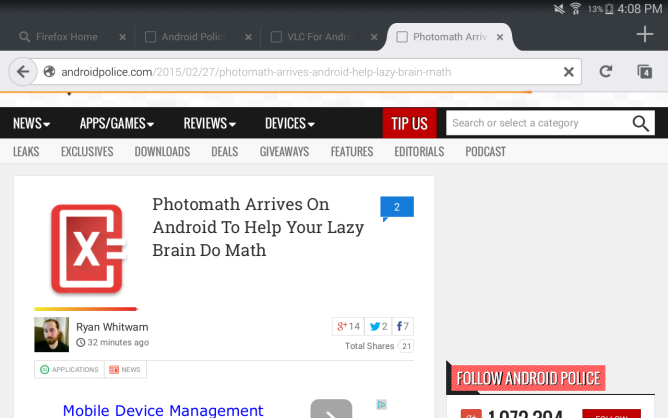 There is now a full-screen version of the tab switcher, which might make management of large numbers of pages easier. A developer of the new look says that this page will be receiving several new features in the future that utilize the empty space better.