Amazon's Fire tablets aren't exactly exciting, but they're probably the most successful Android-powered slates. The Kids Edition tablets have been particularly popular, but they only came in 8 and 7-inch variants. Now, there's a 10-inch version. Amazon is also pushing out an update to regular Fire tablets so they can double as an Echo Show. You can even get a charging dock to complete the transformation.

If you have one of Amazon's Fire tablets, your wait is already up. HBO Now is already available on the latest generation of slates, which includes the Fire HD 6 and Fire HD 7. Support will also come to the Fire TV and Fire TV Stick in a few weeks.

The Fire HD 7 is a low to mid-range offering with a rather mediocre 1280 by 800 display. But today you can get it for $60 off, which isn't all that much dough to cough up for the hardware. The cheapest option is the 8GB model with ads (ahem, special offers), which has dropped from $140 to $80.

When Amazon entered the tablet game with the original Kindle Fire, we all kind of chuckled at the idea of it being a reasonable entry into the market. With each iteration, though, those silly Fire tablets have gotten more and more powerful, and each edition of Fire OS has brought new features that proved to actually be useful. While Fire Phone may have been a flop, the Fire tablets are still very much alive, and the newest editions are better than ever.

For this review, we're doing something that we've done a few times in the past: a tag team review.

Considering we're a little late to the game on our review of Amazon's newest Kindle Fire, you've probably skimmed through the thoughts of various blogs and news outlets, finding quips like "not a great general computing tablet," or "no match for the Nexus 7's / iPad's performance." And they're right.

The Fire HD is not a good "tablet" in the sense its competitors are (yet), and it's not really a match for the hardware horsepower of its Google-born arch-nemesis, the Nexus 7. But, like I said in my hands-on, comparing the Fire HD to the Nexus is just kind of a mismatch (though you'll read many comparisons in this review, because a lot people are interested in them).

In case you forgot, we thought we'd give you a heads-up that Amazon's new Kindle Fire HD is officially available today - if you want the 7-inch, 16GB version. It's packing a 1.2GHz dual-core TI OMAP4460 processor, a 1280x800 display with advanced anti-glare tech, and a set of stereo speakers that really do blow away any other slate on the market. For a more complete look at the HD 7, check out our hands-on (with a comparison to the Nexus 7), and our original announcement post. 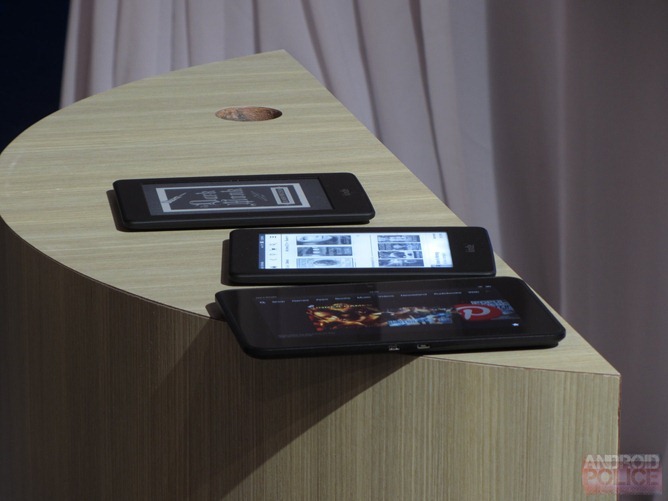 The 32GB iteration of the 7-inch, though, won't be launching until October 25th. And the one you probably actually want, the $300 Kindle Fire 8.9, won't be trotting out until November 20th.