MetroPCS, now named 'Metro by T-Mobile,' received a fair bit of negative attention last year after it began charging all customers a $15 fee for the privilege of activating a new phone — even after putting a SIM card you already owned into another device. The company reversed the policy after enough customers complained, but there seems to be some confusion about the company bringing back the fee. Back in September, the T-Mobile-owned MetroPCS was rebranded to 'Metro by T-Mobile.' Along with the name change, the carrier refreshed its available plans, which looked great on paper; $60/month gets you unlimited LTE data, 100GB of Google Drive storage, Amazon Prime, and other goodies. However, there's a new catch if you plan on switching — you'll have to pay $15 any time you put your SIM card in a new device.

If you're an AT&T customer and you've ever read your wireless service bill in detail, you may have noticed something called an "Administrative Fee" featured as one of the line items. Up until early this year, that "fee" was typically assessed at $0.76 per postpaid line - not nothing, but over the course of two years of service, it ends up being a little over $18.

AT&T has now very slyly almost tripled the cost in the last six months. Most recently, subscribers getting their statements for June are finding an Admistrative Fee charge of $1.99 per line every month. That brings the two-year cost of this "administrative fee" to almost $50 for each line on your account.

AT&T needs more of your money, so the wireless carrier is bumping up the activation fee it charges customers who sign a two-year contract. The fee, which formerly sat at $36, has risen $4 to reach a round $40 as of June 8th. The minor price hike applies to upgrades as well.

The change comes as a result of consumers increasingly choosing to pass on traditional contracts in favor of the AT&T Next upgrade program. That's right, in response to customers increasingly viewing contracts as less than desirable, the company is choosing to make them look even less so. Part of this is because, well, the carrier wants you to sign up for Next. 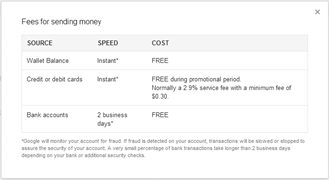 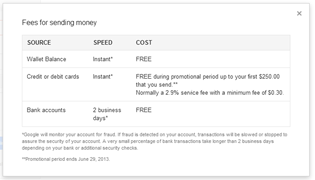 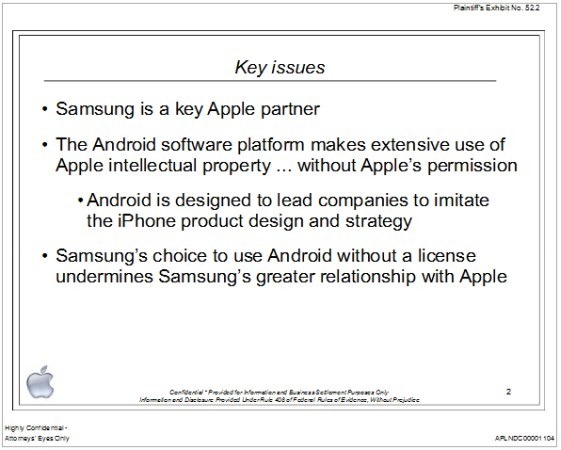 We've known for some time that Apple attempted to sell Samsung on patent licensing back in 2010, but according to a document released today (and the testimony of Apple Exec Boris Teksler), Apple had proposed specific dollar figures per license – up to $30 per Phone and $40 per tablet, to which (according to Apple's slide deck) "Samsung should respond favorably."

In a move that is likely to upset every single AT&T customer to some degree, the nation's number two carrier has decided that its current upgrade fee (a cost tacked on whenever a current customer renews their contract and gets a new phone) isn't covering the rising cost of subsidized smartphones. The current upgrade fee is $18, and will soon be doubled to $36, matching the current fee at Sprint. 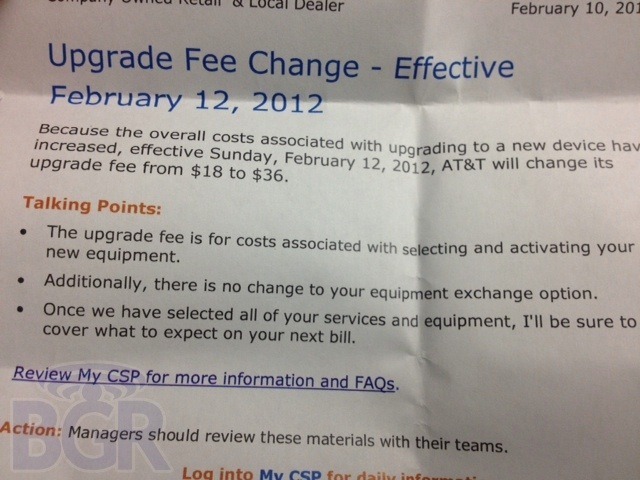 At T-Mobile, the current cost is $18. At Verizon, there isn't one. Certainly puts things into perspective. Of course, the one thing to remember about fees is that a little sweet talking to a customer representative can often help you avoid them in the first place.