If you're like me, you've probably grown up with social media. You've also probably grown up enough to recognize some of your posts don't show the best side of you. With an easily traceable digital paper trail, you might not want those out in the public square. Facebook has made some attempt at letting users manage the visibility of their past posts — if only in very wide strokes — but is now rolling out a comprehensive tool called Manage Activity.

Dark mode is all the rage right now, with apps adding the feature to save you a little eye strain. While Android 10 and most Google apps have been rocking a black theme for a while, Facebook hasn't made similarly bold strides in bringing the feature to its billions of app users. Its main app first showed signs of dark mode in November, but the feature still hasn’t reached everyone. On the other hand, many Facebook Lite users already see the dark mode toggle as part of what appears to be a wide rollout.

Facebook launched the Facebook Lite app in 2015 for use in developing countries with poor connectivity. However, people all over the world were sideloading the Lite app as an alternative to the notorious bloated regular app. You don't have to mess around with sideloads anymore, though. Facebook Lite is now available in more places like the US.

Is today is low-bandwidth and slow internet celebration day? Because after Google officially announced YouTube Go, the Youtube app for offline use and low bandwidth consumption, Facebook is following up with a bit of news from its Lite app.

Facebook COO Sheryl Sandberg shared that Facebook Lite now has more than 200 million users. The app was released in January of 2015 as a solution for users with less capable phones, less bandwidth, and slower internet connections. Even though Lite feels like nothing but a wrapper for the Facebook site, it has native Android notifications which you can still get with Chrome from the Facebook site, and more permission requests than you can shake a stick at, but on the upside, it weighs less than 2MB, works on 2G network speeds, and is compatible with devices going as far back as Android 2.3 Gingerbread.

Facebook Lite was released early last year, and it's pretty good - it takes up less space than the regular Facebook app and consumes much less data. As a follow-up, Messenger Lite is now available, meaning phones in countries where data is thin on the ground and people with small amounts of storage can use Messenger as well. 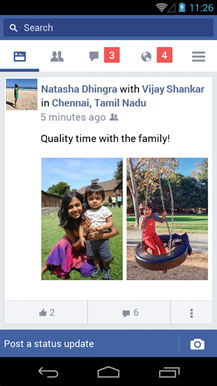 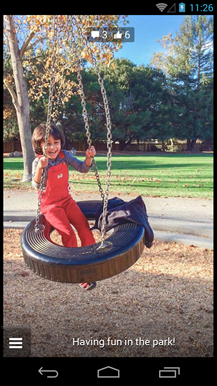 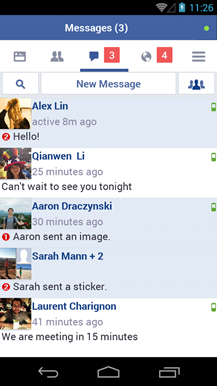