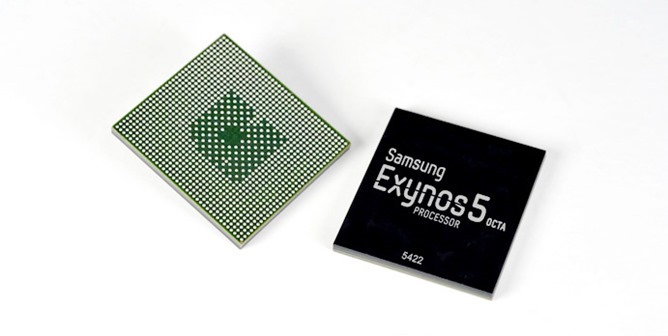 The Exynos 5422 is a small spec bump over the 5420 announced last summer. It consists of four Cortex-A15 cores and four Cortex-A7 cores in a big.LITTLE

A few days ago, I posted about a student project at a Russian University that aims to run two or more instances of Android at the same time on a single device. It's a technology called virtualization, and we already use it on web servers and developer machines everywhere.

At first glance, the idea sounds interesting, but seems to lack practical uses for the majority of people. Sure, some developers will save a few hours on testing, and industrious users might want to run the latest CyanogenMod nightly ROM alongside their daily driver, but this kind of stuff doesn't really appeal to your neighbors or parents.

Oh man, if you thought quad-core phones were crazy, your brain should prepare itself for at least twice as much explosion. Samsung just announced at CES its new Exynos 5 Octa processors. These chips, on a 28nm architecture (which means they're small and use less power) have eight dang cores. The company says that this will result in up to 70% battery savings (compared to what is unclear...we would assume the previous Exynos processor).

If you've been following the Galaxy S III news today, you know it has a banging new Exynos 4 quad-core processor that absolutely obliterates benchmarks. The problem is that the Exynos 4 platform is quite old at this point (for a mobile chipset), and was never designed to support LTE. That's why devices like the Galaxy S II Skyrocket don't use an Exynos chip. Devices with Exynos 4 chips that do, like the Galaxy Tab 7.7 LTE, use an external one - adding thickness and increasing power consumption.