Juanma Altamirano's quirky board game Chessplode recently arrived on the Play Store, and if you're a fan of chess, I wholeheartedly recommend giving this game a go. Unlike a regular round of chess, there's an explosion mechanic in Chessplode that completely changes how the game is played, while still remaining familiar. You can choose to play solo, or against friends online, and there's even a level editor for those that wish to create and share their own challenges.
Read More There are a few things that will make me love a game. Good graphics, robots, explosions and an easy-to-use interface. Battle Orb delivers on at least three of these fronts with one of the coolest ideas for a game I've seen. Remember the droidekas from the Star Wars prequels? What's that? You've blocked them from your memory? Well, they were robots that could fold up into balls and roll around a ship's hallways. They were awesome. And in Battle Orb you are that, and it kind of rules. Sort of.

There are two modes that your don't-call-it-a-destroyer has. Ball mode, for traveling down hallways, and battle mode for shooting at things.

If there's one thing that our phones and tablets do really well, it's play games from the 90s. And if there's one thing that games from the 90s do really well, it's make crap explode. Expendable: Rearmed (which has nothing to do with Sylvester Stallone) is a third-person shooter set in the distant future where your clone army is being marched in, one at a time, to kill everyone and blow up everything. Things used to be so much simpler, didn't they?

Four monkeys* enter an arena. One monkey leaves. The simians are given all manner of weapons and powers to battle each other: maces, shields, shotguns, explosions, lava, and scorched-earth magical lightning blast powers that destroy anything in its path. Do I have your attention yet? I should. Because there is absolutely nothing in your measly little life that is nearly as awe-inspiring as monkeys battling to the death in the ancient stadium where mortals fight for glory. I mean, just look at this video:

Are you done watching it? Good. Go watch it again. Why aren't you downloading this already? Oh, you want some explanation?

The budding dev hasn't sacrificed function in the name of form, however; an awesome multiplayer mode is included, complete with support for both online ('Global Server') and WiFi ('local area network') gaming.

Read More
Update:  Looks like Remedy made good on its promise to release the game globally, albeit a bit later than anticipated. Either way, go ahead and hit the widget, international users, you can have it now.

iOS got a head start in the mobile gaming arena, but as Android has skyrocketed to the world's most popular mobile OS, game developers have been migrating their hits to Google's platform. Now Death Rally is throwing its top-tier, top-down racer into the Android ring. The high-octane, testosterone-fueled, madhouse of pain and destruction has been initially released to our polite neighbors to the North, Canada.

Fragger is a new game from Miniclip.com that gives you a pack of grenades and a phalanx of immobile terrorists and says, "Have fun!" Once you've set aside your silly ethical hang-ups about attacking helpless, faceless enemies, you might think that the game is similar to Angry Birds. It's actually a lot closer to BASIC classic, Gorillas. 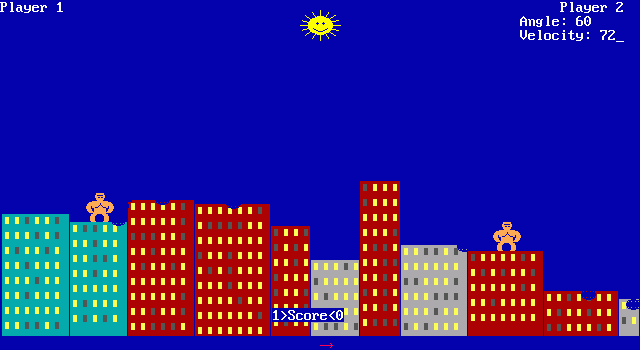 Back in the old days, we had to adjust our angle and velocity manually. You kids today get to use your fancy touch screens to aim the grenades and adjust how far they fly.