If you say nothing else about Samsung, the manufacturer is at least thorough about getting Ice Cream Sandwich out to as many devices as possible, if not punctual. Today's latest addition to the 4.0 stable is the Galaxy Exhilarate, a mid-range phone on AT&T. The update will be rolling out via Kies immediately. 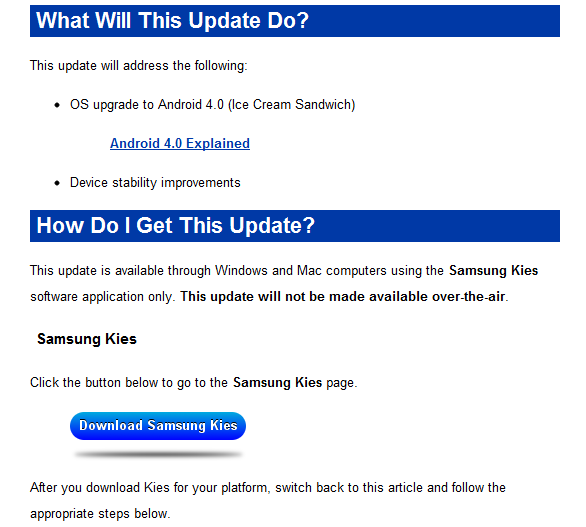 The upgrade will not be sent out over the air, so break out those micro USB cables.

Update: I would like to note that just because all of the phones are shown running Gingerbread, that doesn't mean they won't ship with ICS.
Read More