Europeans will know the pain of roaming charges. Head to another country on holiday or business and try and check email, or text the boss/wife/husband/partner/colleague/friend (delete as applicable) and you'll be hit with fees. However, in a good piece of news, the European Union, the legislative body that governs most of Europe, is set to abolish roaming charges by summer 2017. Fantastic!

Last April the European Commission, the EU's executive body, issued a statement criticizing Google's management of Android. The Commission accused Google of facilitating monopolistic practices, specifically by tying the Play Store, the Android version of Chrome, and other common Google apps to Google's Search services among licensed Android manufacturers. Keeping manufacturers from releasing forks of Android as a condition of participating in the Google ecosystem - a process which Google calls "anti-fragmentation" - was also an issue. It took a while, but Google has finally published a full response to the Commission.

It's no secret that Android is heavily integrated with Google search. Google Now (soon to be Google Assistant) is the primary voice assistant, and Google search is included on every device with the Google Play Store. According to Reuters, Google also pays device manufacturers to keep Google as the only search application on Android devices, and the European Union isn't thrilled.

Google is no stranger to legal conflict in Europe: between accusations of monopolistic practices with Android and web search tools, to a forced implementation of the European Union's "right to be forgotten" laws, to butting heads with German privacy advocates over Street View data, it's safe to say that the company's relationship with the continent is... complicated. The latest complication comes from the European Commission, the executive arm of the European Union, which will reportedly hand down an unprecedented fine over Google's alleged violations of antitrust laws. What's a digital single market? It is essentially the EU's attempt to regulate how businesses and governments alike should behave on the web, particularly in regards to competition, net neutrality, and privacy. The notion is that, if EU governments agree to regulate the internet in a completely uniform fashion as defined by the EU Commission, fewer economic, regulatory, and competitive roadblocks will exist for startups to flourish, no matter what EU state they're from.

Update: After we reached out to a Google representative, the company gave us the following statement:

We’ve been working closely with the European Commission and consumer protection agencies for the last few months to make improvements to Google Play that will be good for our users and provide better protections for children.

The representative was unable to comment on potential changes for the Play Store in the US or other non-European locations.

Consumer unrest over the prevalence of in-app purchases in free-to-play games has grown as of late, and nowhere is it more apparent than in Europe. The European Commission, the EU's legislative arm, has issued instructions to both Google and Apple to more accurately market the erstwhile "free" games.

If you're traveling between countries in the European Union, there's good news for your wallet: it won't be quite so thoroughly mugged by international roaming charges starting today. After a vote by the European Commission last month, wireless roaming charges for text, data, and voice usage are being forcibly reduced across its 28 member states. Today's policy change will lower maximum roaming charges to 45 European cents per megabyte, 24 cents per outgoing call minute, 7 cents per received call minute, and 8 cents for a text message, plus value-added tax in all cases. Data gets the most dramatic reduction, with an average savings of 36% over last year.

Starting in July 2014, Europeans will be free of burdensome roaming charges as they travel across the European Union's 27 member states. This comes after officials voted to terminate such fees for voice calls, text messages, and internet access as part of a move to create a single European telecoms market. This is great news for French citizens hopping across the border to Germany, but it will have no impact on tourists from outside of the continent. Americans, for example, will still have their roaming fees determined by their carriers back home. 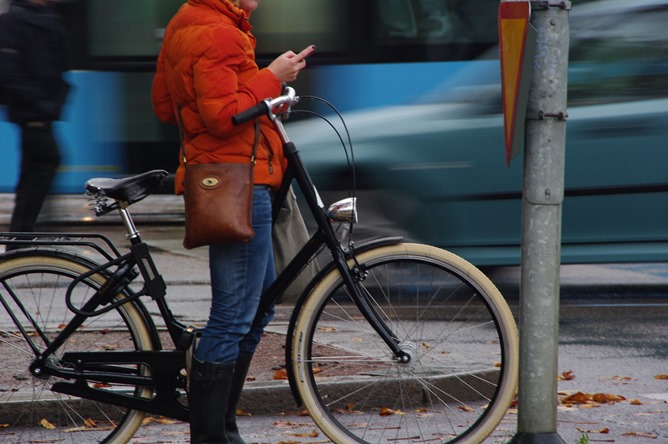 Officials hope that this change will allow Europe to begin consolidating mobile network operators in order to improve the quality of service among member states.