So, you've got some PSP games that you totally backed up from your own legally purchased UMDs? You probably want PPSSPP to play them on Android. This emulator has more than 10 million downloads, and development is very active. In the latest v1.5.4 update, PPSSPP gains support for the Vulkan API. That means a big performance boost on supported devices. The name Genymobile is well-known throughout the Android development community for building a very fast and efficient emulator before it was cool. Today, Genymobile announced an ambitious new direction for the technology: Genymotion Cloud. Tagged as the first cloud-based Android emulator, Genymotion Cloud is targeted at business and enterprise customers with some big new collaboration and automated testing features.

An Android emulator remains at the heart of Genymotion Cloud, but as the name implies, the emulators are running remotely. The idea here is that it's possible to set up an instance for use in a wide variety of ways. The games of yesteryear might not look as pretty as today's games, but they still have a lot going for them. The problem is dealing with a dozen different emulators for each platform. RetroArch offers support for a ton of different classic systems, and it just got an update to v1.3 and it supports even more games.

Android Wear is designed to make sense for a tiny screen that's going to be on your wrist. Everything is handled with large buttons, swipes, and gestures. Macintosh System 6, on the other hand, has tiny buttons and requires a mouse. You'd never really want to run it on a smartwatch, but you can. Corbin Davenport is here to prove it.

When it comes to software development, there are two very distinct camps on the subject of tools: those who prefer to keep it simple with just a text editor and a compiler, and then those who go straight for a fully-featured IDE with all the bells and whistles. For more than a decade, the undisputed champion of IDEs is Microsoft with its assorted versions of Visual Studio. Having come from years of work on Visual Studio, nothing pained me more than the first (several) times I started up Eclipse. While Android Studio goes a long way towards a streamlined development experience, it still lacks much of the fit and finish of Visual Studio.

The Chromecast is already a pretty cheap device, but what if you don't have one handy? Developer Sebastian Mauer is working on an emulator for Android called CheapCast. It would allow you to treat any Android device like a Chromecast, and it looks to be working just fine in his proof of concept video.

The video shows a phone sending video to a tablet, but it could be any device, even an Android HDMI stick. The app will work for any web-based streaming option that runs on the Chromecast. However, tab casting is currently unfeasible as it uses WebRTC. CheapCast also doesn't need root to work. 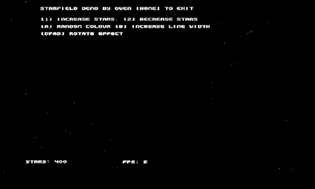 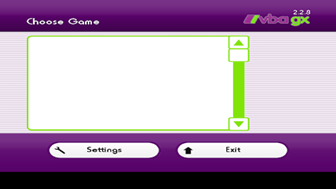 In its current state, Dolphin Emulator on Android is not viable for playing games. Think of it as a proof of concept. Games are going to crawl along at about 1 FPS, and crashes will be common while we wait for OpenGL ES 3 to be implemented (it's entirely CPU rendered right now).