The Verizon Ellipsis 7 is probably not the first choice for tablets among Android Police readers. It's a low-end, whitebox tablet from some no-name OEM that Verizon has rebranded in order to create a product that could sit at the very bottom of its tablet lineup. Even so, those people who did buy an Ellipsis 7 (or got one for free in various packaged promotions) were probably quite happy to see the KitKat update come in a couple of weeks ago..

But man, the carrier sure took its time. Three months after the world has had time to become acquainted with Lollipop, Verizon has decided to push KitKat out to its 7-inch tablet.

If you were one of the four, maybe five people who picked up Verizon's self-branded Ellipsis tablet, then a journey to the settings menu is probably in order. Why? Because Big Red is sending an OTA to the device that brings a handful of useful changes. Here's a look at the changelog: 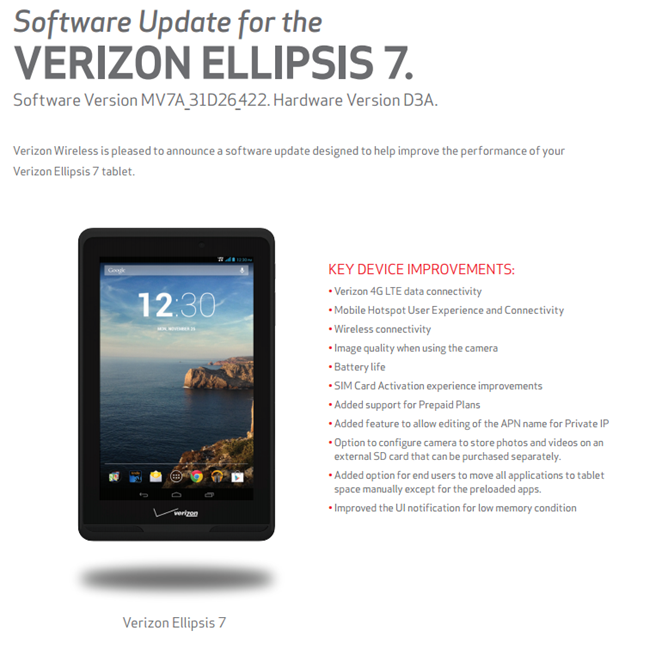 Anyone could sell someone else's tablet. The Nexus 7s and the Galaxy Tabs of the world may not have the brand recognition of the iPad, but consumers recognize them enough to know they want them, and it doesn't take much effort for a carrier to take an LTE version and push it to consumers. But this isn't enough for Verizon, as it has decided to sell a small tablet bearing its name and its name only.