If you're a student, you've probably used Google to look up information about colleges and universities. You've also likely noticed that most, if not all, schools have their own personalized cards with figures such as acceptance rate, tuition, total enrollment, and endowment. Now, Google is partnering with the US Department of Education to integrate statistics from the College Scorecard into Google Search.

The day is approaching when kids will be back in school and out of your hair. For schools that use Google Classroom, there will be a number of nifty new features to help both kids and their parents stay on top of things. There's even a new tool for VR field trips, no permission slips needed. We've posted plenty of deals from StackSocial in the past, but those have all been for things. Now, StackSocial is in the business of selling knowledge. Specifically, it has launched a site called Skillwise with educational courses of all sorts. If you want to learn about design or development, now's your chance to do it with 30% off all Skillwise courses. 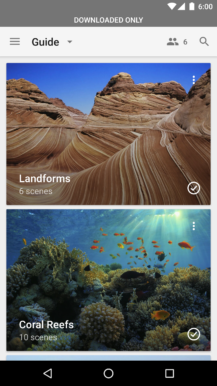 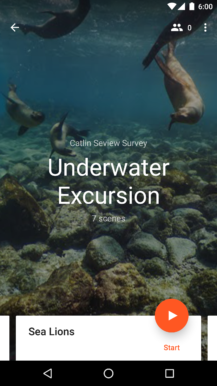 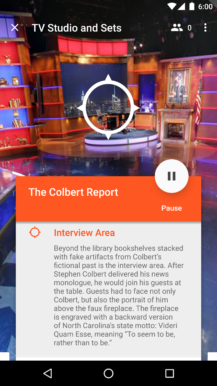 To go as a group, it works like an old-fashioned LAN party.

Google Classroom for Android debuted just over a year ago as part of the free suite of software provided by Google for schools. The app, just like its browser-based counterpart, is a centralized place where students can access handouts, assignments, and news from all of their classes. On the instructor side, all of those same elements can be managed in addition to the convenience of teachers having the ability to work with all their classes at once. The app is now getting the v2.0 upgrade with a series of less-than-groundbreaking improvements.

There don't seem to be any big interface changes, but the app debuted with a nice material look. Google is winding down its Google Play for Education program. The company has confirmed to a news outlet or two that it will stop selling licenses to partner tablet vendors on March 14th.

The search giant has reportedly worked on YouTube Kids for quite a while, and by late last week, today's launch date had already leaked out. As part of a series of education-oriented product announcements, Dell is introducing the Venue 10, a Lollipop-enabled Android tablet. The device, which will have a "Pro" sibling that runs Windows 8.1, is set to debut in the spring and will be Google Apps for Education certified. While it will fall short of being a high-end tablet and may not have wide availability, it does have a few cool features.

Dell's release says the Venue 10 line will have "HD or Full HD" 10.1 inch screens, making it unclear whether these will be options or if the 1080p display will apply only to the Pro model.

Update: With the Google Classroom mobile app, teachers and students get some features that aren't available on a traditional computer. For starters, they can use their phone cameras to take photos and attach them directly to assignments.