The visual half of Google's two new communication apps, Duo, is now out for basically everybody. We're curious: are you using it? How are you liking it so far? Things to commend? To complain about? To suggest? That one thing you think would make Duo into a killer video chat app?

Let's talk about it.

Just two days after it first began to roll out, Google's Duo has already become the number one free app in the Play Store. The video chatting app, which received an icon redesign just before it went live, has proven to be extremely popular with Android users. In addition, it is now possible to use Duo in any country (well, any country that Google provides its services to).

Google finally released Duo the other day nearly three months after announcing it. The pitch for Duo at I/O was that it makes video chat really quick and easy—it makes video chat simple, but what about audio calls? A Googler says that's coming too. 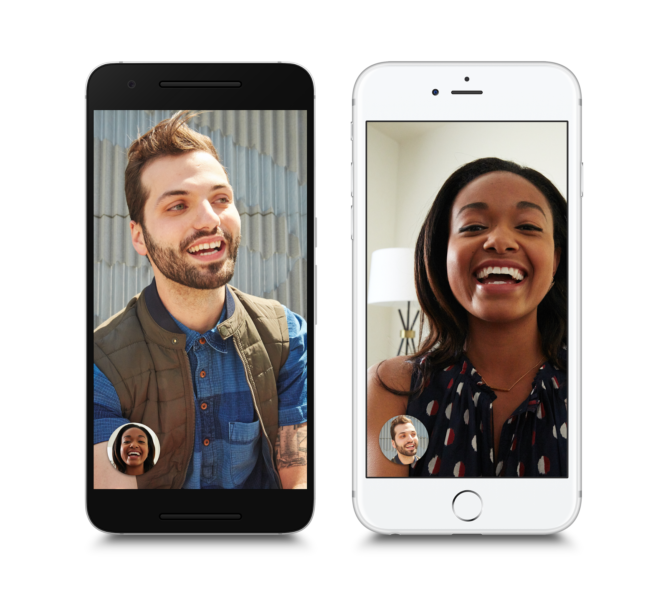 Earlier, Google announced that they would be transitioning Hangouts On Air into YouTube Live, separating the feature from Google+. After reading that title, you may already be thinking to yourself "but Google already changed the Allo and Duo icons once, didn't they?" And yes, they did, around two months ago. Those icons were, to put it gently, dull. To put it less than gently? They kind of sucked. I can't think of a single app on the Play Store published by Google that incorporates the product wordmark into the icon aside from Android Pay and Google+, and the latter is arguable. Google has confirmed to Android Police that the company will continue to invest in Hangouts and it will remain a separate product. In a way, this does make sense: as Allo requires a phone number, it might be aimed as a WhatsApp competitor, while Hangouts remains as a Facebook Messenger competitor. On the other hand, would it not be better to have one singular product focused on messaging? As far as novel features go, the closest we get is that when you receive a video call, you can see the live video of the caller before you answer.

A few weeks ago the "Master Key" APK verification vulnerability rocked the Android security landscape... then immediately stopped rocking it, once Google revealed that they had patched the vulnerability months ago. Still, that's little comfort to users who aren't on a brand-new 4.2 phone (or, you know, a Nexus device that gets real updates). CyanogenMod has responded by patching all of its official ROMs (twice), and now noted security firm Duo has teamed up with Northeastern University's SecLab to do the same for all Android rooted users, regardless of their device. The patch is called "ReKey," and it's from both the Play Store and the ReKey website.