We've generally liked Dropcam's products, and the company's commitment to strong Android integration has certainly helped. Today, Dropcam announced a new product in the company's lineup, and for once, it's not a camera. Meet Dropcam Tabs - the company's take on motion sensors. 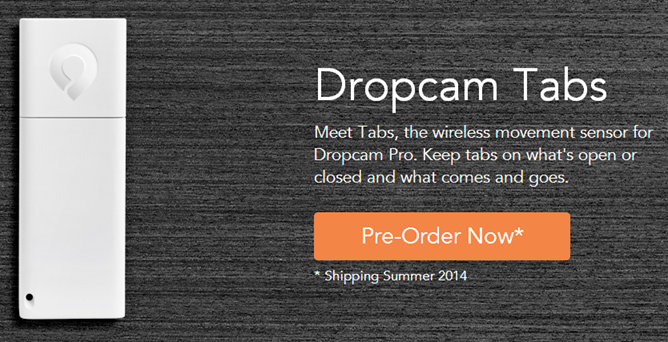 Dropcam Tabs are small adhesive dongles that can be attached to doors, windows, or really any object whose movement you want to track. Dropcam's software allows you to configure the Tab based on what it's attached to, too (door, window, or object proximity alert).