As of now, you can pre-order the Moto Z DROID, Moto Z Force DROID, and the Moto Mods from both Motorola's and Verizon's sites. Before

Motorola under the stewardship of Lenovo is doing something very different this year. The Moto X brand may not be gone, but it's certainly not the company's focus right now. Instead, we have the Moto Z and Moto Z Force. They're thin and they have Moto Mods—snap-on modules like projectors and speakers that make the phones much less thin. The Z is coming to Verizon first as a Droid phone (that's what I have to review), but the device I'm looking at now is very similar to what Motorola will release unlocked later this year. A long time ago (like the 1970's, that's a really long time) in a studio far, far, away a mighty marketing Empire was born. Star Wars!

The Empire's formation began with the telling of an epic story. A story so epic that it started on chapter four instead of chapter one (Seriously, why George?).

After years of waiting, a new chapter has finally been added to the tome. In this, the seventh chapter, a new Droid was introduced. 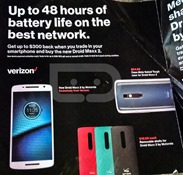 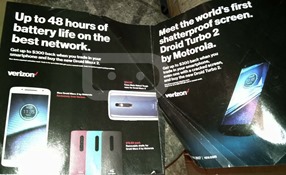 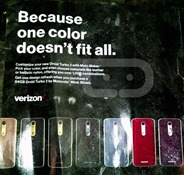 First of all, the DROID Turbo 2 will get access to the customization options on Moto Maker, a first for the DROID series.