For years now, I've been looking for a modern replacement to Cocktail Flow, one of our favorite cocktail recipes apps back in 2011. The alternatives have all been rather disappointing, and I've resigned to just Googling a recipe whenever I need it. But let's just say that my spirit is a little buzzed now because Cocktail Flow has been taken off the shelf, stirred with all the Material Design I can think of, and served straight in a sparkling update with a cute little umbrella on top.

There are countless cocktail varieties out there and just as many ways to go about making them (one approach being to point at the menu when the waiter comes around). Going forward, folks looking to make their own won't even have to click a link to figure out a recipe. Google will start providing instructions right at the top of their search results.

The directions won't appear if you only search for the name of a cocktail. You must frame the search as a question, such as "How To Make A Bloody Mary," or simply include the word "make" with the search terms.

You might remember this video, which cropped up earlier this month, showing off an Android-powered contraption that mixed drinks automatically. Well, it would appear that the device, lovingly named iZac, (after a barbot from the popular show Futurama) has made its official debut, mixing real cocktails for patrons at the Creative Sandbox in Sydney.

Right now, iZac can handle dispensing up to six liquids, and the Android interface includes an "I'm Feeling Lucky" option, which ostensibly creates a totally random concoction for those feeling bold. 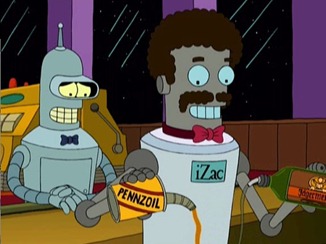 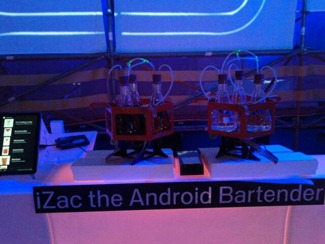 While iZac already looks fantastic, it will be interesting to track its progress and future refinement, as the inventor, Nick Johnson notes several things that he'd improve in a second iteration.