Fuhu is no stranger to partnerships at this point – the company has released the nabi jr. Nick Jr. Edition, nabi 2 Nick Edition, and nabi 2 Disney Edition. And according to the New York Times, it looks like another co-branded device is coming down the pike now, though this one reportedly exits the nabi line and will be released under the moniker DreamTab. 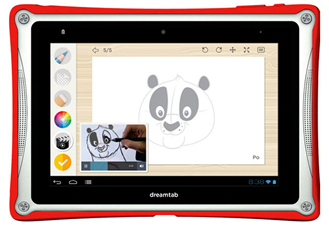 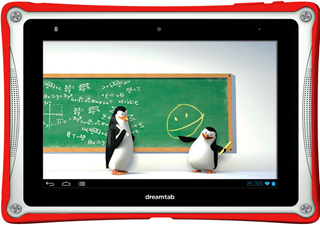 This upcoming device is a collaboration between Fuhu and DreamWorks, and will come in an eight-inch form factor for roughly $300, though a 12-inch version could also show up down the road. The tablet should receive frequent character-based updates, bringing new content from DreamWorks character library to the device on a fairly regular basis.

We saw a pre-rendered trailer for Rovio's latest licensed game last month, though it wasn't much more than a trailer for the Dreamworks movie it's based on. Today you can download The Croods in Google Play for free, and it's a surprising departure from both Rovio's physics-based comfort zone and the source material. Based on the brief description and trailer, the game straddles the line between a Monster Rancher creature feature and the familiar Sim City/Farmville genre.

Gameplay consists of mixing agriculture with hunter-gatherer, as the father figure (Nicholas "not the bees!" Cage in the movie) traps and subdues various prehistoric creatures, while the rest of the cast builds and expands their one-family Bedrock.

Oh, Rovio, Rovio. Whatfore art thou doing, Rovio? The last few games the company has produced have not managed to regain the same amount of public attention that Angry Birds did. In fact, Bad Piggies only stayed in the top 20 by revenue spots for 5 weeks in the U.S. (iOS), compared to 22 months for Angry Birds. Perhaps it's no surprise, then, that the developers have fallen back on their old failsafe: making games for kids' CGI movies. And hey, why not start with Nicolas Cage playing a paranoid caveman?

All we have right now is the above trailer.