Another week is over, which means that I need to get in this final round of app sales for you all before the weekend. Much like Wednesday's, today's list has a few notable entries, so be looking out for them. Otherwise, have a good weekend. DoubleTwist got its start way back in the early days of Android, when users wanted an easy way to sync music from iTunes to their non-Apple phones. (And also, this was back when human beings still used iTunes.) The scope of the music player has broadened and generalized since then... and truth be told, it's kind of stalled as well, especially since the Cloud Player came out. The last update it had before today was way back in February.

The open-source Kodi media player, formerly XBMC, has been available in a closed beta on Android for months.

The latest app from doubleTwist lets you take advantage of all that online storage you're (maybe) sitting on. CloudPlayer does what the name suggests—it plays music from your cloud storage. Just upload your tracks and plug in CloudPlayer. The app supports Dropbox, OneDrive, and Google Drive. You would, of course, be able to simply navigate to the file locations of any song in one of the official clients for these services and play it, but CloudPlayer operates like a traditional music player. You get high-resolution album art, playlists, offline sync, and a 10-band EQ. It's sort of a roll your own Play Music option.

DoubleTwist's unique Android music app has been able to stream audio to Apple's AirPlay standard for some time, and to Qualcomm's competing AllPlay WiFi speakers since May. But for some reason, the company's Pandora-style streaming music service Magic Radio wasn't included. They have now corrected this oversight, and the latest version of the DoubleTwist app on the Play Store can now stream Magic Radio to AirPlay or AllPlay devices. You'll need the $8.99 upgrade to access streaming. 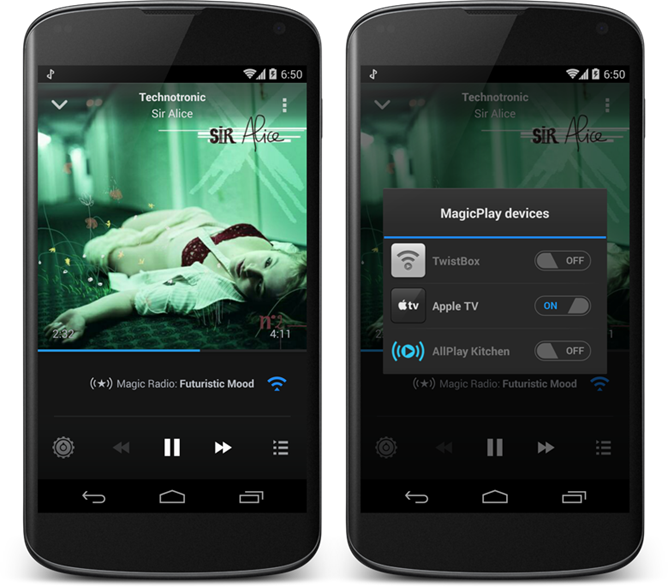 DoubleTwist can connect to multiple AirPlay and AllPlay outputs, selectively streaming to any of them with the app's built-in interface. The original feature of DoubleTwist, automated music syncing to and from desktop computers, remains in place.

DoubleTwist fans, we have some good news and some bad news. Since it's Friday and you're probably in a pretty good mood, let's start with the bad: as of today's update, DoubleTwist can no longer import pinned Play Music tracks. Why? Because Google put the hammer down. You knew it was only a matter of time, right? Yeah, you did. 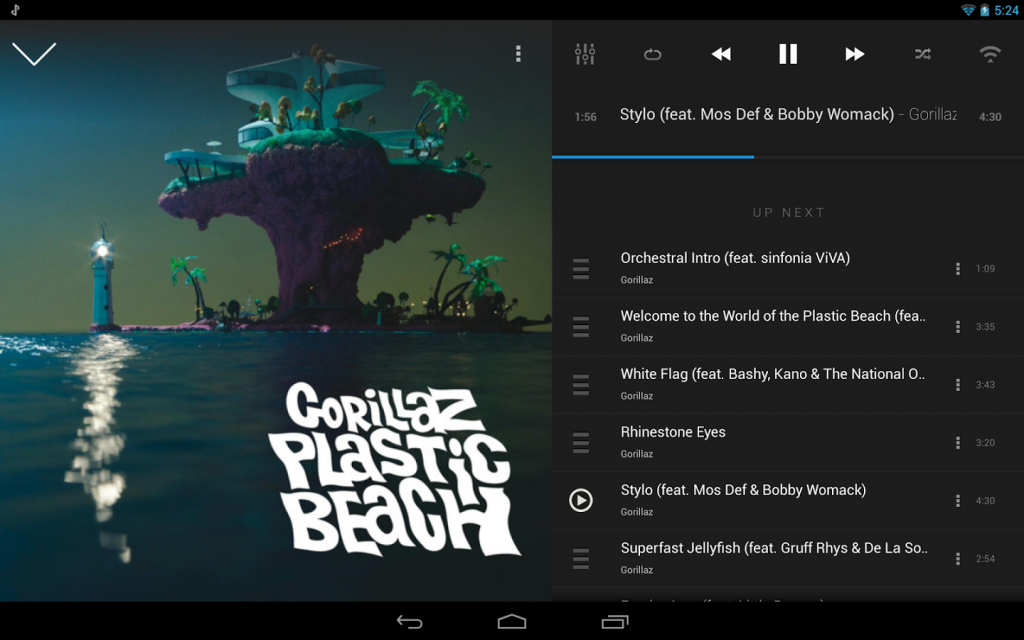 With that bit of grimness out of the way, this update also brings a couple of improvements, like the ability to stream to Qualcomm AllPlay Wi-Fi speakers. Also, you can now sync music directly to the sandbox folder on the SD card of KitKat devices.

Third-party music players are a little less important ever since Google cleaned up Play Music, but there's still something to be said for the venerable old doubleTwist. This app has gone through several UI iterations and adjusted its feature set to better serve Android users as time went on. With the newest update, the app improves support for tablets with a UI overhaul, among other improvements.

One strength of iOS is that everything works seamlessly together. If you have iTunes installed on your computer, it doesn't take much effort to get music over to your iPhone. With Play Music, Google has taken a different approach for Android users looking at an out of the box experience, and if you don't have the internet connection to rely on the cloud for music listening, it's less than ideal. doubleTwist takes the iTunes approach, and with the reinvented doubleTwist Sync app that's now available for Windows, it looks more promising than ever. 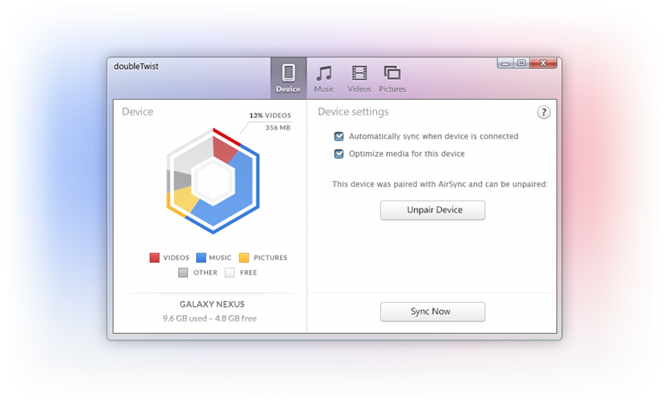 doubleTwist Sync has a stylish and simple UI that delivers easy access to new and old features alike.