Confirming the leak from last week, LG and T-Mobile USA have announced the whacky LG DoublePlay Android 2.3 smartphone. In portrait mode the phone is a fairly standard, albeit smallish, Android device, but slide it open and suddenly you have an extra screen in between a full QWERTY keyboard. 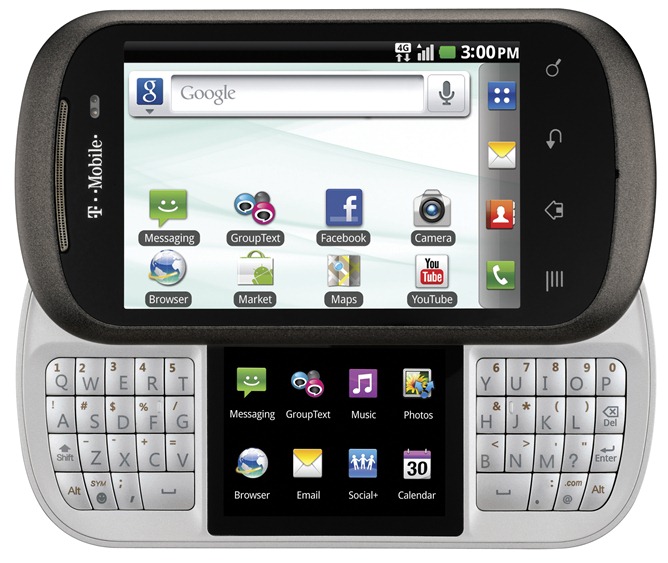 When we first posted images of the DoublePlay its specs and features were uncertain, we can now confirm the following:

The press release boasts a lot about the DoublePlay's dual capacitive touch screens, which supposedly makes the device the "ultimate multitasking handset".