Dolphin HD, one of the most popular Android browsers, was updated in the Market today to version 7.2. The updated app contains a toggle to enable the Webzine functionality, which following the privacy fiasco is now opt-in rather than opt-out.

UI-wise, the Exit popup can now be turned off and replaced with a simple back button double-tap, which finally lets you easily exit the browser by interacting with just a single button.

Hot on the heels of the previous privacy/security advisory about A.I.type Keyboard sending your keystrokes to the cloud in plain-text, some of our commenters pointed out another, much more popular app that does something similarly privacy-invading.

As it turns out, Dolphin HD, one of the top browsers the Android platform has to offer, sends pretty much every web page url you visit, including those that start with https, to a remote server en.mywebzines.com

Dolphin HD, one of my favorite browsers (at least until ICS), was updated to version 7.0 today, available exclusively from GetJar until October 23rd, at which point it will be released to the Android Market.

The new version brings cloud sync of browsing preferences and gestures in addition to bookmarks across all your Android devices - something Dolphin is calling Dolphin Connect. In addition to that, Dolphin 7 revamps the WebZine interface for easier navigation and prettier, more robust UI.

Dolphin HD, one of the top web browsers for Android, got updated to version 6.2 today, bringing more accurate gesture recognition and a slew of improvements for webzine viewing. The most notable improvement brought by 6.2 is support for the Bookmark Sync add-on, a separately downloadable plugin that allows users to backup and sync their Dolphin bookmarks. 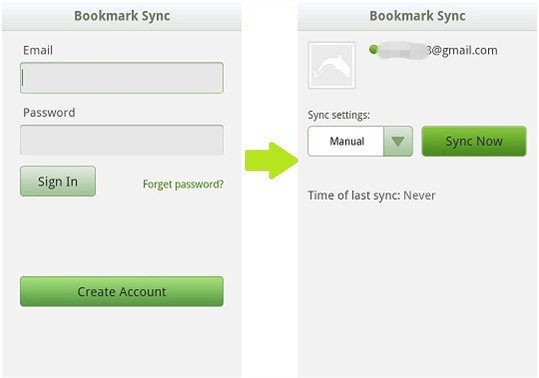 This is a great feature, allowing you to keep your Dolphin bookmarks consistent across all your Android devices easily.

In a page taken directly from the Firefox playbook, the team behind Dolphin Browser have thrown the newest beta version of Dolphin HD into the market alongside the current stable version. This allows you to test out all of the upcoming features in Dolphin while they're still bleeding edge, without sacrificing the stability of the current version, as you can have them both installed at the same time. 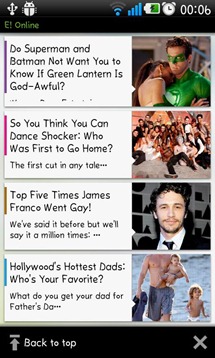 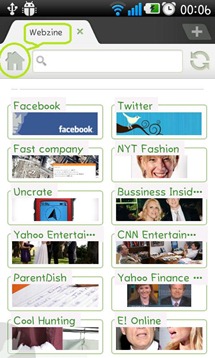 I'm not entirely sure what they were thinking when they chose that font.

Update: It appears that I misread the Dolphin Blog the first go around - version 5 doesn't block in-browser ads, the in-app ads have been removed. I apologize for the misinformation.

The final version of Dolphin Browser HD 5 landed in the Android Market this morning, and it brings a whole slew of bug fixes and improvements along with it. Among the many improvements is one that most users will be quite happy about - Dolphin HD now blocks all Google Ads within web pages without the need for an add-on, making your browsing much simpler, as well as using less bandwidth Dolphin HD is now ad-free!

If you've ventured away from the stock browser on your Android phone at least once, there's a good chance that you've used (or at least heard of) Dolphin Browser HD. Recently, the Dolphin team started working on the fifth incarnation of its HD browser, which is now part of a private beta. Oh, did I say private? I'm sorry, I meant here-it-is-for-everyone-to-download beta, courtesy of XDA Forum member scaredsoul.

Android 3.0 "Honeycomb" came to the rescue with hardware acceleration capabilities, which allowed shifting all the UI processing from the CPU to the GPU.