On this site, you'll read a lot of Android news (which is why we put it in our name). You will also hear a lot of tech news. You will maybe hear a tiny bit of movie news. Today, though, you're getting a triple-whammy of all three. The Sundance Film Festival, which actually began yesterday, has released the 2013 version of its mobile app to help you keep track of everything going on at the event. 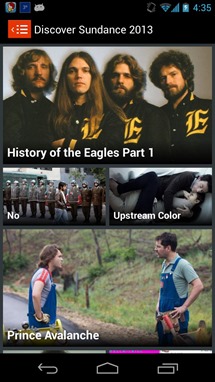 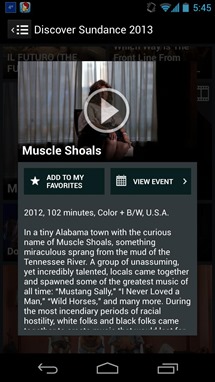 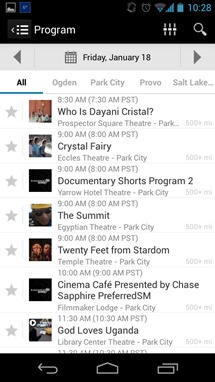 The app contains full schedules of everything playing and where, film synopses with trailers, and even social network integration so you can easily share what you're watching.