It's that time again - each month, Google updates the developer dashboard to reflect Android's latest platform distribution numbers, determined according to devices that have accessed the Play Store in a seven-day period.

Last month, we saw KitKat make a small leap to 1.4% - it's made another tiny gain, rising to 1.8% of devices, while Jelly Bean has gone from 59.1% up to 60.7%. Gingerbread meanwhile continues its death march, letting 1.2% slip through its icy grasp, falling to an even 20% of devices.

This month, we're seeing a familiar pattern – Gingerbread is continuing its slow descent, hitting 39.8%, down from 44.2% this time last month. Meanwhile the latest and greatest – Jelly Bean – accounts for exactly 25% of the overall distribution, meaning it's finally hit one quarter of all tallied devices. 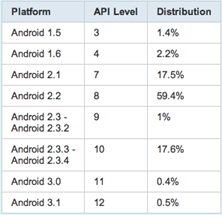 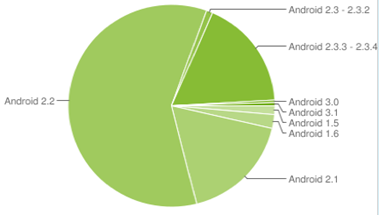 OnePlus has another phone with a forgettable name, but you may look twice at these specs