If you like seeing aquatic animals with sharp teeth using their enamel to great effect, Discovery is hosting another of its annual Shark Weeks right now and it's taking the opportunity to let Fire TV and tablet viewers "Stream it Forward." It has partnered with Amazon to donate up to $75,000 to the Discovery Oceana Shark Fund. If you happen to go for a swim by August 4, you might get a sweet $25 out of it, too, though you will have to navigate through some catches — and we're not talking about prawns. Anytime you open Google Maps, you land on a nice overview of where you are and an Explore tab that helps you find nearby places and see restaurants, events, and attractions around you. Moving around the map and using that same tab is also helpful when trying to plan for a short day-trip, a weekend getaway, or a long vacation. But Google Maps is working on speeding up the discovery of surrounding places even more by offering additional search shortcuts.

Whether you're momentarily traveling to or have recently moved to a new country or city, you'll probably look at Google Maps or other travel and discovery apps to find places to visit nearby. The same can be true if you're just planning a trip, or if you've been living somewhere for a while but still want to discover new locations around you. Maps' Explore tab serves that purpose well, and has received a small update now to improve discovery of not just places, but also nearby areas or districts. TWRP, short for TeamWin Recovery Project, is the custom recovery of choice for most in the Android modding community. With TWRP, users can do things like install custom ROMs, root their phone, and complete full backups — as long as their device is supported. Luckily, the list includes a broad range of phones and tablets, and it just keeps growing. Since our last roundup, TWRP came to devices including the Sony Xperia XA2 Ultra, Moto G6, and Nokia 6.1. Travel and destination discovery apps are a dime a hundred (not even a dozen) on the Play Store, but there are still a few names I come back to again and again. Google's own Trips is one of them because it helps me organize everything as well as see popular places to visit, organize day trips, and get discounts on tours, but I have yet to find a nice app just for the discovery of new destinations. I usually resort to a simple Google search or check Atlas Obscura or Rough Guides, but this new app by Lonely Planet might dethrone those options.

Yesterday, NASA announced that it (along with international partners) had discovered seven Earth-size planets orbiting a single star. Even more importantly, three of them are located in the star's habitable zone, the range around a star where liquid water is possible. The solar system (named TRAPPIST-1) is unfortunately located 40 light-years away from Earth, so sending a probe or a person there isn't really possible for now.

Still, it's a very important discovery, and Google is commemorating the event with a Google Doodle. 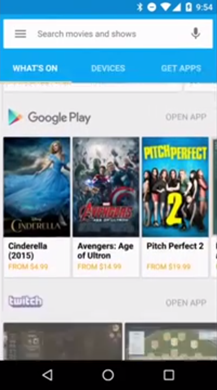 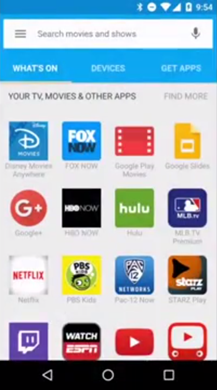 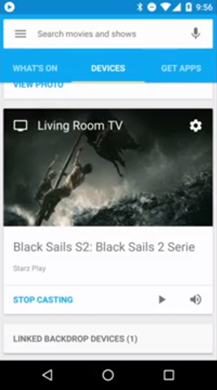 The new default screen is What's On, a sort of pick-and-mix of the Chromecast-compatible content on your phone right now. It's presented in a scrolling list of categories, not unlike the home page of the Play Store app.