The U.S. is suffering through a chain of natural disasters, the latest of which are Hurricanes Laura and Michael which have torn apart the Gulf Coast and continue to damage parts of the South and the Midwest. If you live in Texas or Louisiana, here's what you need to know about bill relief from AT&T, T-Mobile, and Verizon plus free evacuation transit from Lyft. At 11:50 PM local time on Thursday (4:50 AM GMT), an 8.1-magnitude earthquake struck off the coast of Mexico, near its border with Guatemala and Belize. The tremors were felt in Mexico City, hundreds of miles away from the epicenter, and caused extensive damage in the southern cities of Juchitán, Oaxaca, Chiapas. In response to this disaster, several US carriers are making calls and texts free to Mexico. Back in 2014, Facebook introduced 'Safety Check,' which allows users to verify they are safe after a natural disaster or other terrible local event. Google has been working on something similar, but more geared towards keeping people informed if they're in the midst of a crisis. The feature is called 'SOS alerts,' and it's being rolled out today. US carriers offering free service to disaster-stricken areas of the world has become something of a grim but inspiring tradition at this point. After a devastating earthquake struck the area off the coast of Esmeraldas, Ecuador last night, all of Sprint, AT&T, and T-Mobile have announced that they are offering free calls and texts to the country for the time being. This allows US residents to contact family members and friends in the affected areas. The offer extends to any calls or texts made from yesterday through Sunday, April 24th on Sprint, Saturday the 23rd on T-Mobile, and Friday the 22nd on AT&T.

You've got to respect the American Red Cross: they're just a bunch of people who love to help people. As a recipient of their assistance through multiple emergencies (hey forest fires, you suck) I've been delighted to see their various disaster apps pop up on the Play Store. But their latest tops them all: Team Read Cross gives you a ton of information on volunteer opportunities in your area, then "gamifies" the act of completing them, sort of like a Foursquare that actually encourages you to do meaningful stuff. 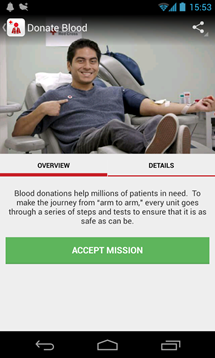 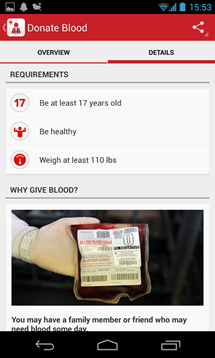 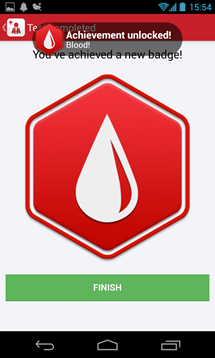 Peer-to-peer fund transfers using an online service are nothing new – Paypal's been successfully doing it for years, and that's how AP writers have been getting paid since the site was launched. Needless to say, when Google announced payments through Gmail (which uses Wallet), it seemed like a no-brainer – we all have Google accounts, so this would be an ideal way to get paid.

Wrong. Getting paid through Wallet has been the absolute worst experience I've ever had with a money transfer, and I'm not alone here – this has been an incredibly frustrating experience for at least half of our team.

We may have managed to survive 2012 without the world coming to an end, but you can't really say the same for the poor folks in 'EMERGENCY'.

Gamers on iOS have been able to battle against plane crashes, train crashes, meteor impacts and terrorists for a while now, and the popular game has finally made its way over to the Play Store to allow Android users to get in on the action as well. 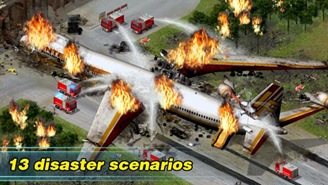 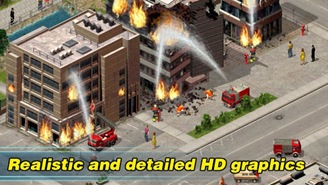 As Head of Operations, EMERGENCY throws 13 disaster scenarios at you, each of which you must fight during missions, with 18 units at your disposal. The game has already topped the charts on the iOS App Store, so it will be interesting to see how it fares on Android with the $3.99 price tag.

If you live in the south or the Great Plains, you know the feeling of going to bed without knowing if your house will be there in the morning. Tornado is the latest in the American Red Cross's series of disaster relief apps, and since tornadoes are by their very nature sudden and unpredictable, it's a welcome addition to the Play Store. The app ties into the National Oceanic and Atmospheric Administration's alert system, and emits an alarm when your area (or any area you designate) receives a tornado warning. There's also an all-clear signal when the danger has passed. 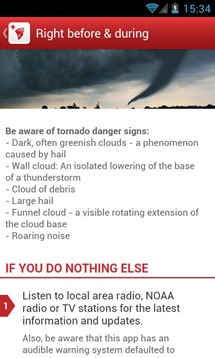 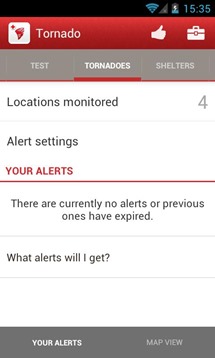 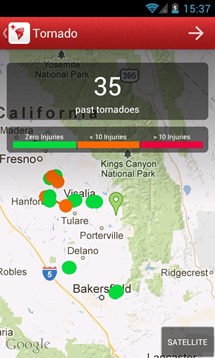 Like the previous disaster relief apps, there's also a handy "I'm Safe" button that will send a pre-recorded message to your friends and family, plus a constantly-updated list of local shelters.